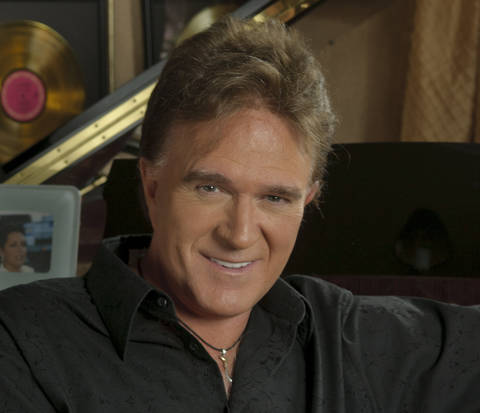 The Williamston Springwater Committee announced this week that “classic country artist” T. G.. Sheppard will headline entertainment for the 35th annual Spring Water Festival which will be held August 26 & 27 in Williamston’s Mineral Spring Park. T. G. Sheppard has 21 number one hits and is ranked among the top 100 country artists of all time which according to Spring Water Festival Chairman David Meade, “has made him one of the most popular performers on tour today.”

“We are excited to have T. G.. Sheppard headline this years entertainment,” Meade said. “With a show full of chart topping hits like “Last Cheaters Waltz”,”I Loved ‘Em Everyone”,”Do You Wanna Go To Heaven”, and “Party Time”, T. G. Sheppard is sure to bring a show that country music lovers will appreciate and enjoy.”

“T. G. Sheppard has a reputation as a solid performer and is one of the great Legends in country music. We are looking forward to having him perform at our festival,” Meade said.

T. G. Sheppard has a career in the music business spanning 50 years but the 1970s and 80s were when he racked up one hit after another.

His early career as a singer and record promoter brought him in touch with some of the biggest acts in America in the early days of rock and roll.

According to his website, T. G. Sheppard knew early in his life that music was more than a hobby. He left his home in Humboldt, Tennessee, at the age of 15, journeying to Memphis to begin his career in earnest. Working in various bands, he began to develop his stage skills, learning how to put his own touch on the myriad of songs required to survive on the club and party circuit.

Using the name Brian Stacy, he released his first record, “High School Days”, which caused a few ripples on the pop charts in 1966. The resulting acclaim brought him gigs as an opening act for some of the biggest acts in America, including The Animals, Jan & Dean and The Beach Boys.

The fledgling star veered off his musical course in 1965, reverting to his given name of Bill Browder and getting into the record promotion business.

In a short time his passion for music, now redirected to furthering the careers of others, made him one of the industry’s most successful record promoters.

In 1974, T.G. found a song that would change his life forever. His astute ability to pick a hit song and promote it had paid off for numerous artists, yet T.G. kept thinking of his own musical aspirations.

He knew Bobby David’s composition “Devil In The Bottle” was destined to be a hit, yet had no success in pitching the tune.

After being turned down by eight record labels in 18 months, T.G. decided to cut the song himself. Heading to Nashville, he was signed to Motown, the mammoth R&B label that was trying to establish a presence in country music.

When he released “Devil In The Bottle” as T.G. Sheppard, he soon realized which of the two jobs would get his undivided attention.

While promoting records for RCA, T.G. formed a close personal and professional relationship with Elvis Presley.

The legendary performer appreciated T.G.’s unique style and personality. As a token of their friendship, Elvis gave T.G. his first tour bus in 1976, helping to provide him with the confidence to give up the promotion business and hit the road full time.

During his first year on the road he scored numerous hits with the Motown imprints of Melodyland and Hitsville, including “Trying To Beat The Morning Home” and “When Can We Do This Again”.

Named “Best New Male Artist” in 1976 by CASH BOX, T.G. signed with Warner Bros. when Motown decided to get out of country music.

His career then skyrocketed as he scored 14 consecutive number one songs, including such classics as “Only One You”, “Party Time”, and “War Is Hell (On The Homefront)”. In 1982, following this impressive “debut”, T.G. was honored as Music City News “Most Promising Male Vocalist”.

His sound – a smooth fusion of R&B rhythms, pop arrangements and solid country songwriting – was a blueprint for country music in the late 1970s and early 1980s.

During this period, his style rarely changed, and fans came to rely on his substantial recordings of well crafted, slickly produced country-pop rhythms, highlighted by his evocative vocals.

His duet with Karen Brooks, “Faking Love”, scored yet another number one, and “Make My Day”, a duet with Clint Eastwood featured in the feature film “Sudden Impact”, crossed over onto the pop charts.

In 1985, T.G. signed with Columbia Records, where he again found himself at the top of the charts with songs like “Fooled Around And Fell In Love”, “Strong Heart”, and “One For The Money”.

During his Columbia days, he worked with renowned producers Rick Hall and Bob Montgomery to create four more albums to add to his repertoire.

By 1990, country music traditionalists had changed the course of the format, and T.G. found himself wondering how he fit the new mold.

He chose to withdraw from recording at this time and instead concentrated on his live performances, touching audiences night after night with his tried-and-true repertoire of hits, delivered with non-stop energy and the same excitement he felt as a teen.

He also made a name for himself as an astute businessman. In 1988, he opened his private residence in the Great Smoky Mountains as a bed and breakfast. The 160-year-old log home, built on top of Moon Mountain, was an instant success and is still a popular tourist destination, although T.G. no longer owns the property.

The popular performer, who learned firsthand the kind of entertainment experience fans craved, was one of the original investors in the highly popular chain of country nightclubs, Guitars & Cadillac’s.

The clubs, located throughout the Midwest, serve as showcase venues for many emerging country singers as well as some of the format’s biggest stars.

T.G. also served as the national spokesperson for the Folgers’ NASCAR racing team for eight years. During a six-year span, he served as host/performer on “Folgers’ Wakin’ Up Country Tour”, which headlined throughout North America.

In 1995, he took a two-year hiatus from the road to perform exclusively for eight months a year at T.G. Sheppard’s Theater In The Smokies, a state-of-the-art theater in the heart of the Great Smoky Mountains.

For the first time in his musical career, he enjoyed the luxury of going home every night after a show. But the wanderlust of a road musician was inescapable, as he returned to the road in 1997.

Charity work is a crucial part of T.G.’s career. Throughout the year, he works with many of the nation’s top charitable organizations such as Cerebral Palsy, Inc; St. Jude Children’s Hospital; The Alzheimer’s Association; The United Way; and ChildHelp USA.

T.G. states that this is the music he is the most proud of.

A 90 minute motion picture length DVD was also filmed as the sessions were recorded and has won the top award for best music documentary at the Tele Awards in Los Angeles, CA.

T.G. Sheppard’s ardor for life and unceasing energy allow him to fulfill his unrelenting passion for music. “Legendary Friends & Country Duets” is the latest means by which he shares that passion with the rest of us.

Sheppard will bring his passion for entertaining and for country music to The Spring Water Festival with a show that will begin at 6 p.m. on Saturday, Aug. 27.