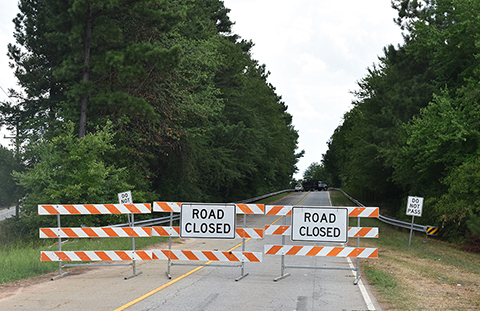 Repair work on the Hwy. 20 Connector bridge at U. S. Hwy. 29 has been completed and the bridge is expected to be reopened within the next week or two. A contractor performing patch work on the bridge for the South Carolina Department of Transportation completed the last of three concrete pours on the bridge last week, and pending curing of the concrete and strength testing, the bridge should be open by the second week of August, according to SCDPT spokesperson Michael McKenzie. The contractor will be moving equipment to begin work soon on three other bridges in the area.

The next project will be the SC Hwy. 8 bridge over I-85. McKenzie said the bridge will remain open with lane closures during most of the patch project. There may be an emergency shutdown if necessary for repairs in the center of the bridge. A detour will be planned and announced if necessary.

The next repair project will be on Cherokee Road bridge over US Hwy. 29 in September. The bridge is expected to remain open with some lane closures. After that contractors will move to the SC Hwy. 187 bridge over I-85, McKenzie said.