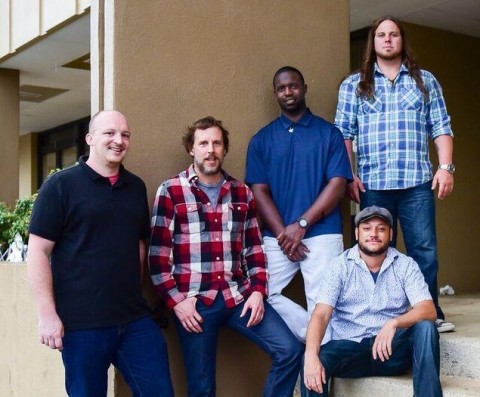 The Palmetto Business Association (former GWBA) Party in the Park event will be held this Saturday, July 30 featuring music by T. J. Lazer and the New Detroits and the TKO Band. The event will begin at 5 p.m. and with music starting at 6 p.m. There will be food vendors and free activities for kids including face painting, inflatables, clowns and more.

TJ Lazer and the New Detroits is a southern “soul funkin’-rock band,” based in Greenville. Their sound is fun loving, up lifting, toe-tapping, groove-making music, band members say. Through the years, the band has developed into something of a collective, featuring some of the most talented regional musicians the upstate area has to offer.

They cover everything from Bruno Mars and James Brown to Bill Withers and Stevie Wonder. Most of their cover tunes are heavily soul and funk influenced while also drawing from their technical backgrounds, providing support harmonies and choreographed syncopations that are a throwback to the times of Motown and Stax records.

The T. K. O. Band began playing together as a band at a very young age. They started a band called the Soul Power Five and continued playing together through school and after graduation. In 1985 the band was renamed T. K. O. (Total Knock Out) and played around the US for many years. They collaborated with Linda Rodney, also known as Chocolate Thunder, a blues singer with a strong voice. Chocolate Thunder and T. K. O. traveled and played together in many state in the US and Canada. Sponsors for the event include:

Silver Sponsor – All About Fabrics

All Palmetto Business Association members are welcome to have displays at the event, according to PBA president Mike Simpson.

Additional information on the Palmetto Business Association can be found on their website at www.palmettobusiness.org or at www.partyinthepark.info. They can also be found on facebook.