Aug. 3 – Cathy Linda Manley, 55, 110 Gossett Dr., #C5 was arrested for shoplifting after officers were dispatched to Fast Fuel, 207 W. Main St., Williamston. According to reports, the suspect who was wearing a pink shirt and blue jeans, was found at Pecan Terrace Apartments and admitted to taking an Icehouse beer and Arizona soda valued at $2.70. She was arrested and transported to ACDC. Z. T. Parks investigated.

Aug. 24 – Williamston officers investigated an incident after central dispatch reported a representative of AT&T named Alberto had contacted them about a customer at 505 Gossett Drive that had made threats to go to a local office and blow it up. Upon investigating the customer, Eliar Kelilar Torress, Jr. told officers he had spoken with a representative of AT&T and was upset about equipment that wasn’t dropped off at his house, but never made any threats. The incident remains under investigation. M. Beeman investigated.

Aug. 25 – Ralph James Duncan, 37, 205 S. Green St., Williamston reported an unknown person was trying to make entrance to his residence and that he was waiting on the other side of the door with a gun. There was no evidence of a person in the back yard or on the porch. E. Bonnett, M. Beeman investigated.

Aug. 25 – Sheldon Lamar Moutrie, 38, 700 Woodmont Circle Anderson was arrested by the Anderson Police Department for an outstanding bench warrant after Williamston officers were notified that he attempted to purchase a gun at Anderson Gun and Pawn and was denied because he was wanted. Captain K. Marsee investigated.

Aug. 25 – Bobby Edward Blanding, 53, 110 E. Carolina St,. Williamston reported his cousin attacked him while he was sitting on his moped in the roadway. The incident was to be presented to the judge for a warrant. E. Bonnett investigated.

Aug. 26 – Weylin Dale Anderson, 24, 5101 Highway 29 N. Anderson was arrested for outstanding warrant after officers were dispatched to 109 Williams St,. Ext. in reference to a threats call. He was arrested and transported to ACDC without incident. K. Anthony investigated.

Aug. 27 – Jerry Dean Gillispie, 21, 66 Brockeric Rd., Honea Path ws issued a summons for operating an uninsured vehicle after officers observed a vehicle traveling at a high rate of speed on .S. Hamilton St. He was issued a warning for speeding and the vehicle was towed. Z. T. Parks investigated. 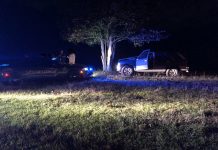 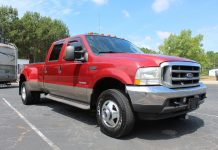