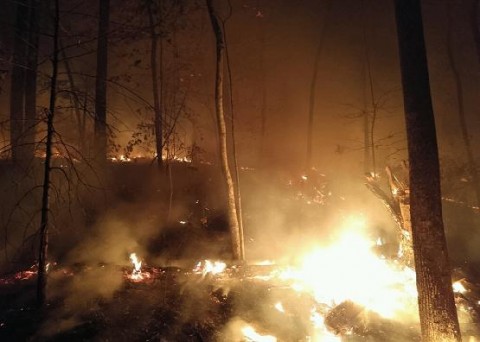 The Holly Springs Fire Department (Pickens County) and South Carolina Forestry Commission along with a host of other fire departments and equipment, including some from the area, have worked for two weeks to put out a wildfire burning on Pinnacle Mountain.  The fire and several others burning in Western North Carolina have contributed to smokey and hazy conditions throughout the upstate and locally and warnings of bad air quality. Firefighters were planning to burn more than 2000 acres ahead of the fire in an attempt to bring it under control.

The Department of health and Environmental Control issued a Code Red air quality alert for the Upstate, recommending children, adults and others with asthma or other respiratory problems to stay indoors.