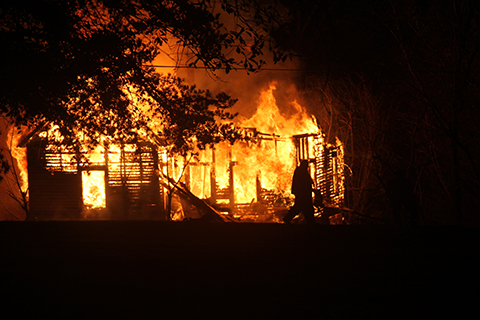 A vacant home was destroyed by fire early Wednesday morning on Gossett Drive. When Williamston firefighters arrived two minutes after receiving the alarm flames were shooting through the roof into the night air. Firefighters had the fire under control in about ten minutes and kept it from spreading to a nearby home. Firefighters remained on the scene for several hours extinguishing hot spots. No one was injured but Medshore Ambulance Service stood by as a precaution. The cause is under investigation. Cheddar firefighters also assisted the Williamston department and Belton and Honea Path fire departments Rapid Intervention Team (RIT) responded (Photo by David Rogers)