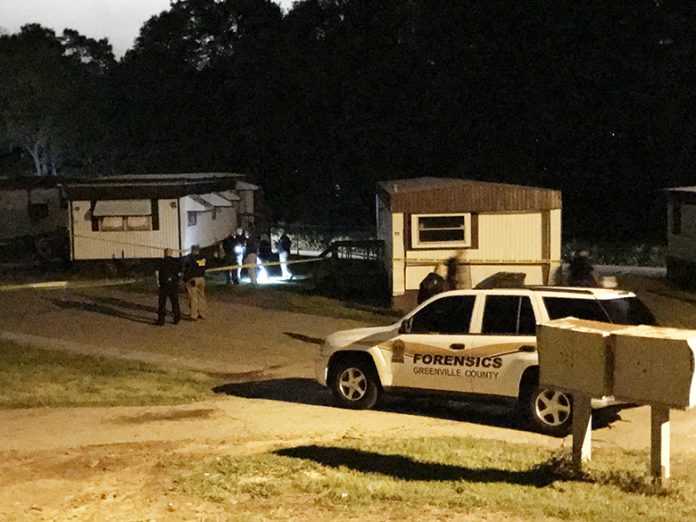 Greenville County deputies along with Forensic Technicians investigate at the scene where a twenty-five year old Piedmont man was shot and killed. Deputies were called to D and D Mobile Home Park on Kerns Avenue for a subject in the roadway late Friday night. When deputies arrived they found Randall Shawn Davis of Piedmont deceased from a gunshot wound. According to Master Deputy Drew Pinciaron deputies were able to apprehend thirty-one year old Greco Lataurus Williams in connection with the shooting. Williams was charged with with Murder, Possession of a Weapon During a Violent Crime and Discharging a Firearm Into a Dwelling. Through the course of the investigation, investigators learned that the victim and Williams got in to an altercation which resulted in Williams shooting and killing the victim. (Photo by David Rogers)