Anderson County jurors found Justin Jamal Warner guilty of murder and attempted armed robbery and possession of a weapon during the commission of a violent crime on May 25 after four days of hearings and testimony. The Honorable Lawton McIntosh sentenced Warner to life in prison.
During the trial, Deputy Solicitor Catherine Huey introduced surveillance video of the incident that took place on April 30, 2015 at the BP station near I-85 in Powdersville.

Mradulaben Patel was working alone that night in the convenience store that she and her husband had owned for several years. Around 10:15 p.m., a young black male came in, purchased a cigar and then shot Ms. Patel in an attempt to rob the cash register. The suspect then fled the scene. A customer who later entered the store found Ms. Patel, wounded and bleeding, on the floor behind the counter and called 911. Ms. Patel was taken to the hospital where she passed away on May 2nd as a result of the gunshot wound to her head.
Law enforcement later received a tip which identified Justin Warner as the shooter. Further investigation revealed Warner’s date of birth to be the same as that of the last person to make a purchase at the store prior to the shooting. A cell phone number was identified that customer records indicated belonged to Justin Jamal Warner with the same date of birth as the store purchase. Cell phone records were then acquired and analyzed which showed that the phone was used in the vicinity of the crime scene both before and after the time of the crime. A palm print taken at the scene was also identified as being that of Justin Warner.
Following the verdict, Solicitor David Wagner stated, “It is impossible to understand why Justin Warner chose to do what he did that night. My office and the community are all grateful to law enforcement for the excellent work done on this case which helped us to put this violent defendant behind bars for the rest of his life. Our prayers go out to the Patel family for the tremendous loss they have suffered.” 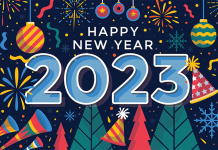