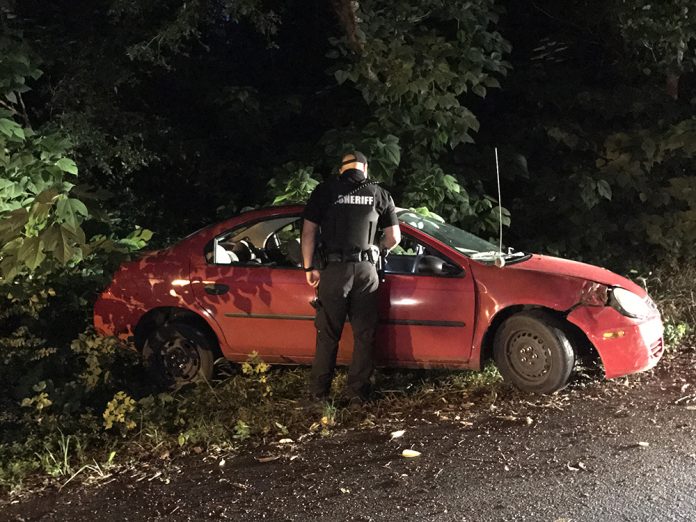 An Anderson county deputy inspects a car after it was reported as a accident near Stewart Street in Pelzer Friday June 30. Before Pelzer EMS and West Pelzer firefighters arrived they were told not to approach the scene until deputies arrived because gunshots had been reported in the area. Deputies didn’t discover anyone around the car.