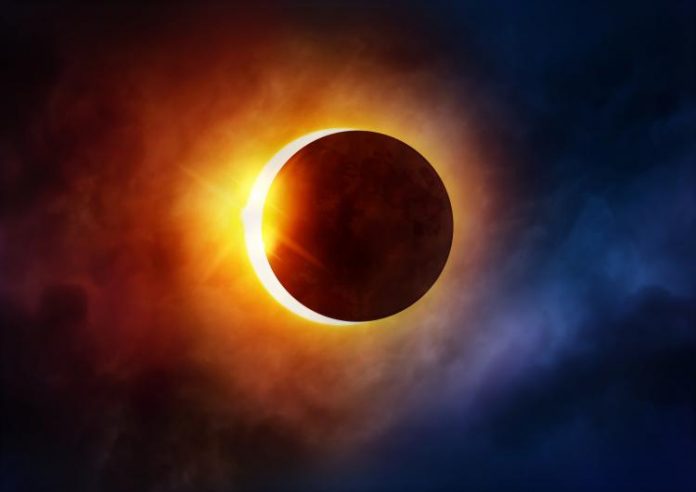 The Total Solar Eclipse on Aug. 21 is a rare event and is expected to draw thousands of people to the upstate to see it. Most hotels are reportedly already sold out for the weekend. The path for observing totality is only 70 miles wide. Local residents are blessed that we only have to be outdoors to observe the total solar eclipse when the event happens.
The Eclipse will be the first total eclipse in the U.S. since 1979 – and the first one to travel coast-to-coast in almost 100 years. The last time a total solar eclipse crossed the U.S. coast to coast was in June 1918 according to the American Astronomical Society (AAS) in Washington, D.C.
Based on AAS data and charts, the total eclipse will touch over land at approximately 10:15 a.m. just north of Newport, Ore., and will travel across the country, then 251 miles across South Carolina ending its land sweep around 2:50 p.m. in McClellanville, S.C. During that time, it will cross a total of 14 states.
Several cool things will happen during the total eclipse:
Shadows will take on eerie crescent shapes and there will be “shadow bands” just before and after totality; right before totality, the last glimpse of light from the sun will form a “diamond ring” in the sky. You will also be able to see “Bailey’s Beads”, bits of light poking through canyons and craters on the rough surface of the moon.

Animal may do strange things, especially chickens and birds. The moon will totally eclipse the sun for 2 minutes and 36 seconds in Williamston. The temperature will drop.
The eclipse will give viewers the opportunity to gauge the brightness of the sky, because during totality observers will be able to briefly see the stars and constellations that are visible at night during the opposite season – that is, late February.
During the middle of totality, the oval outer edge of the moon’s shadow will be at most 35 miles away. Beyond that distance, the sun will still be shining, albeit as a narrow crescent, and that sunlight will be scattered and bent by refraction.