By Stan  Welch
The legal woes of Easley attorney Candy Kern-Fuller continue to grow. Kern-Fuller, a major figure in the eight year legal battle between former Anderson County administrator Joey Preston and the County, has been named as a defendant in a federal lawsuit filed recently in U.S. District Court in Greenville.
The suit, filed by Public Counsel on behalf of several U.S. Veterans, alleges that Upstate Law, Kern-Fuller’s law firm, has acted as the central bank in a scheme that allegedly bilked veterans out of their retirement and disability benefits. The veterans were enticed into surrendering those benefits for a certain period of time, in exchange for a lump sum payment. Most of the veterans claimed to be in financial hardship at the time and planned to use the cash infusion to address those problems.
Three plaintiffs are named in the suit; South Carolina veteran Chad Wright, New Jersey veteran Jason Lyons, and Adrian Russo, from Maryland. The suit alleges that Lyons was charged almost forty three per cent interest according to the terms of his agreement. Russo paid approximately thirty two per cent, while Wright actually received only half of the amount he expected.
Two Arkansas businessmen, Andrew Gamber and Mark Corbett are named as co-defendants with Kern-Fuller, which alleges that the veterans were enticed into the financial arrangements, and knowingly charged illegally high interest rates. Such enterprises have been under investigation in at least eight states across the country.
Kern -Fuller’s firm is currently under investigation for possible securities violations by the SEC. Kern-Fuller describes the lawsuit as “full of false allegations about myself and my law firm” though she did not issue a blanket denial of the allegations.
The lawsuit is the latest in legal troubles related to securities issues to embroil Kern-Fuller. She is currently a defendant in a federal lawsuit filed by court appointed receiver Beattie Ashmore, in connection with the Ron Wilson silver bullion Ponzi scheme. According to the lawsuit, she invested $10,800 in the silver bullion scam and, two years later, received $35,000, for a profit of $24,200. That is the amount being sought by Ashmore.
When news of Wilson’s arrest for the scam first broke, Kern-Fuller portrayed herself and her client in other legal actions, as innocent victims who were caught up in the scheme, like so many others. She claimed that she and Preston had both suffered losses. Preston is currently accused of investing $192,000 and receiving $1.4 million dollars, for a profit of just over $1.2 million. He is also accused of actively seeking and bringing in new investors to the scheme, which eventually bilked hundreds of investors out of $57.4 million dollars.
Kern-Fuller first came on the legal scene in Anderson County when she was introduced by County Councilwoman Gracie Floyd in 2009 as her “personal attorney”. That introduction allowed Kern entry into the legal efforts by the Council to retrieve a $1.2 million dollar severance package that the previous lame duck council awarded to Preston. She has been a member of his legal team, in one capacity or another, ever since.
The state Court of Appeals recently declined to review its earlier ruling in the case, leaving Preston  and his legal team with an appeal to the state Supreme Court as one last option. 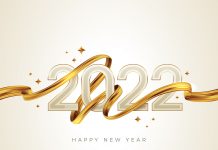 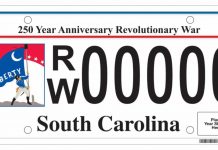