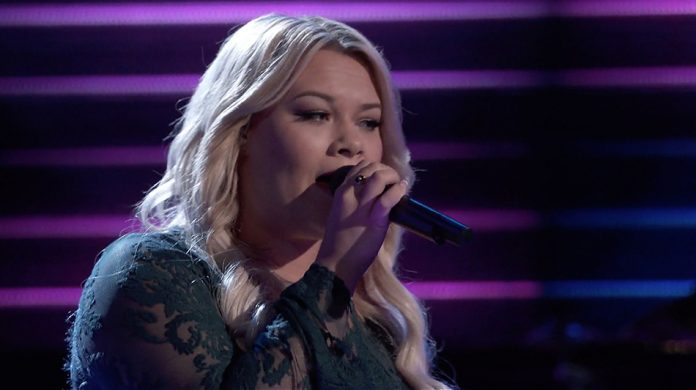 Ashland Craft of Piedmont performed a slow country rendition of “You Are My Sunshine,” on NBC’s The Voice Monday that had three of the four coaches on the show wanting her on their team.
The song was sung similar to a version recently recorded by Morgan and Chris Stapleton on the 2016 compilation Southern Family.
During the opening show of the new season, judges Adam Levine, Blake Shelton, and Miley Cyrus all spun their chairs and enticed the 21-year-old to join them.
“The Voice,” has won three Emmys for Outstanding Reality-Competition Program.
Judges this year include superstar singer, songwriter, actress and pop-culture icon Miley Cyrus along with Oscar, Grammy, Golden Globe-winning recording artist and Broadway star Jennifer Hudson, and returning judges Adam Levine and Blake Shelton. Show host is Carson Daly.
Craft was the final performer to take the stage on Tuesday’s episode of The Voice.
“I want us to be this power team of these two females who aren’t scared of being the punk-rock Dolly Parton,” said Cyrus while trying to entice Craft to her team. Levine and Shelton made their cases, but Craft accepted a spot on Team Miley, causing her new coach to fall to the floor.
The show’s innovative format features five stages of competition: the first begins with the blind auditions, then the battle rounds, knockouts, playoffs and, finally, the live performance shows.
During the blind auditions, the decisions from the musician coaches are based solely on voice and not on looks. Once the teams are set, the battle is on.
The coaches dedicate themselves to developing their team of artists, giving them advice and sharing the secrets of their success, along with help from their celebrity advisers.
At the end of the battle rounds, only the strongest members of each coach’s roster remain and proceed to the knockout rounds. Here, the artists will be paired against a teammate once more,
The Voice Blind Auditions returns next Monday, October 2nd at 8 p.m. ET on NBC.