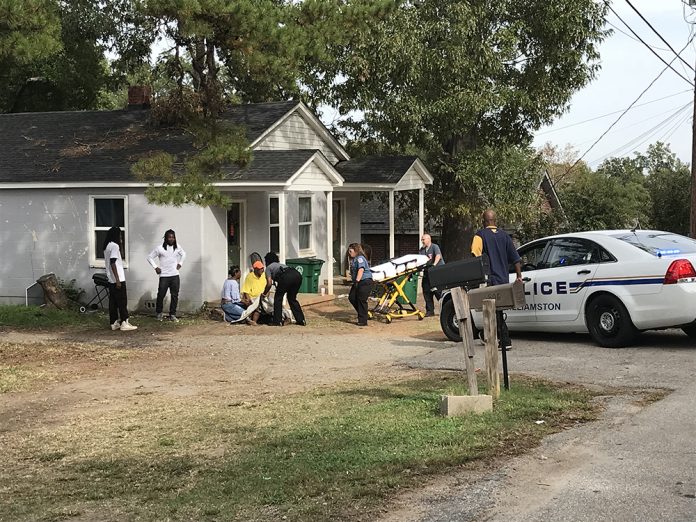 The Williamston Police Department is looking for one person in connection with a shooting in Williamston Saturday afternoon in which three people were shot. Investigators with the Williamston Police Department have identified the shooter as Bobby Lee Slade, 43. He’s described as 6’4″ and weighing 167 pounds. (Photo left)

Warrants have been obtained for Slade for three counts of attempted murder and possession of a firearm during the commission of a violent crime. Investigators said they are looking for witnesses who can provide information on the incident.

As of Saturday evening, all three victims remained hospitalized with one soon to be released, one being transferred to ICU, and the third in “serious condition.”

Anderson County Sheriff’s Office and Williamston Fire Department both assisted with the investigation, which remains ongoing at this time.

Update (Monday 3:52pm) Williamston Police Captain Kevin Marsee said Monday said there is a connection with a shooting incident on Joe Black Road last week, however investigators have been told the East Caroline St. shooting came about from a dispute between Slade and two of the victims, Rowe and Mosley. Investigators are not sure whether the third victim was just bystander or if shot intentional.

Williamston Police Chief Tony Taylor said his department is working with contacts in the community to have Slade turn himself in.