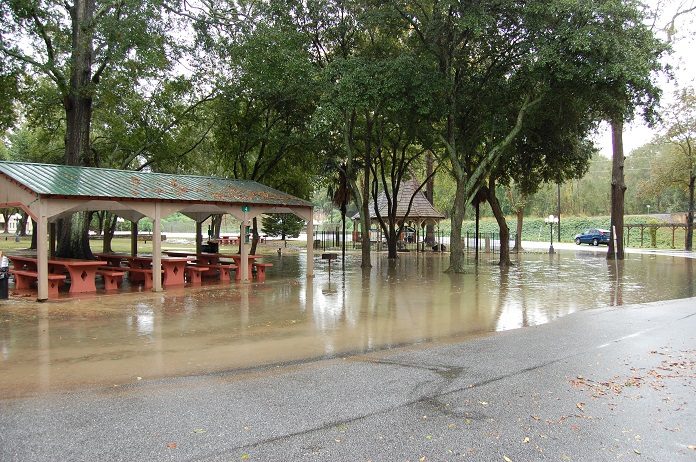 A heavy downpour during a severe Thunderstorm today (Monday) around 2:15 pm caused drainage ditches and creeks in the Williamston area to swell and low lying areas to flood. Several streets and homes in the Williamston and Pelzer area water standing around them as did Mineral Spring Park in Williamston. A tornado warning was issued in Spartanburg County approximately an hour later as the same storm cell moved north east through that area. A tornado watch remains in effect for most of the Upstate until 9 p.m. tonight. Big Creek flowing under the West Main Street (Hwy. 20) bridge at Mineral Spring Park was filled to capacity as the heavy downpour hit the area.