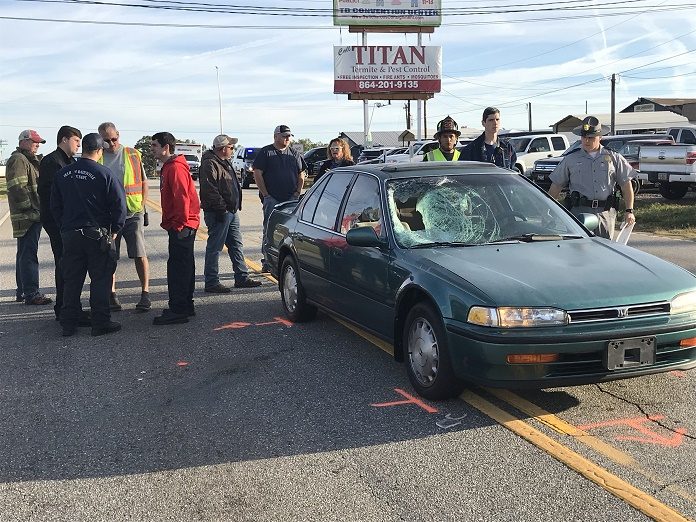 Troopers investigate at the scene where a pedestrian was struck and killed Saturday morning on Highway 29 near Old Williamston Road. The seventy-nine year old man was attempting to cross the roadway when he was struck by a southbound car. Whitefield firefighters along with Medshore Ambulance Service responded to the call.

According to the Anderson County Coroner’s Office, the victim was 79-year-old Donald White, of Statesboro, GA. White was with his wife, crossing from the jockey lot to a restaurant across the street when he was hit by the car around 7:22 a.m. The couple came up from Georgia Friday night with plans to go to the jockey lot and then up to the mountains to see the leaves, the coroner said. South Carolina Highway Patrol said no charges are being filed in this case.