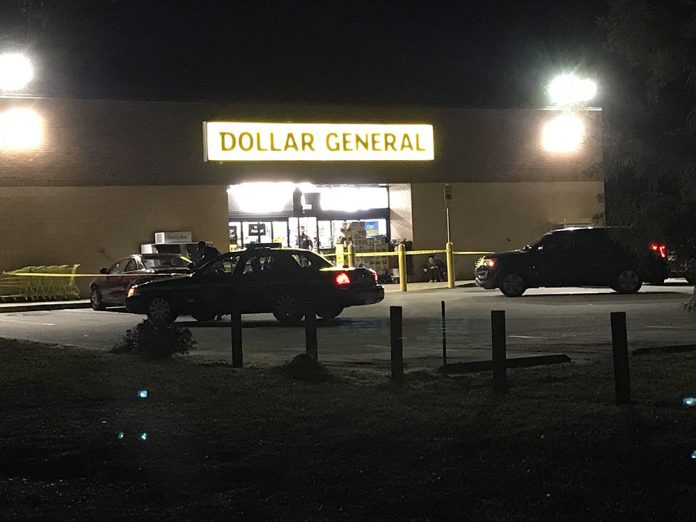 Deputies from the Greenville County Sheriff’s Office are investigating an armed robbery Monday evening at the Dollar General store located at 7617 Augusta Road, Piedmont (Moonville). The robbery happened at approximately 8:30 pm. According to reports, a black male, wearing dark clothing and a ski mask, entered the store, armed with a handgun, and demanded money from the register. The suspect ran out of the store with an undisclosed amount of cash before breaking in to an occupied vehicle, parked in the parking lot and proceeded to steal items while it was occupied. The suspect then ran off. Deputies and K9’s attempted to track the suspect, but were unsuccessful. Investigators request that anyone with information related to the incident, to call Crime Stoppers of Greenville at 23-CRIME.