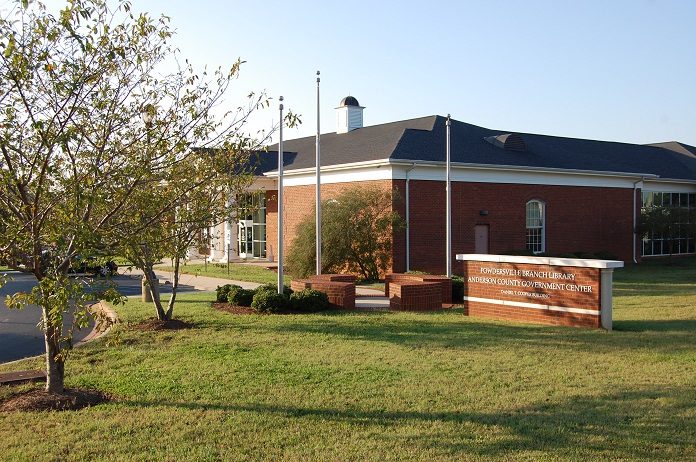 By Stan Welch
The explosive growth in the Powdersville area of Anderson County and the search for a strategy to control that growth continue to be matters of great concern.
Last week, the Anderson County Planning Commission considered projects that would allow construction of three hundred and eighty seven residential units in the Powdersville area. One hundred fifty four units were approved; one hundred fifty seven were delayed because the developers did not submit traffic studies and seventy six townhouses were denied a parking variance, resulting in their delay as well.
Carriage Hill, which was approved, will result in one hundred twenty eight single family homes being built on sixty nine acres. The development, when complete, will generate an estimated fourteen hundred seventy day trips on Colonel Johnson and Old Mill roads. Hunters Crossing will result in twenty six homes on twenty acres near the Anderson/Pickens county border. Those homes will generate approximately two hundred sixty days trips.
The permit applications for Cheshire and Kingslake subdivisions were tabled because they did not include traffic studies, while the parking variance sought by the developers of Attenborough, a townhouse community, was denied. County regulations require two off road parking spaces for each single family dwelling. The variance sought to provide parking in garages and driveways for the seventy six townhouses proposed.
The commission also approved the permit applications for two other sizable developments outside the Powdersville area. Shacklesburg Farms will create a hundred thirteen single family houses on forty acres near the TTI campus at the Hwy. 81 and I-85 juncture. Barrington Creek will produce one hundred eleven single family homes on Shiloh Rd. near U.S. Hwy. 29 North.
The rapid growth in the area has been a matter of great public concern in recent months. County planning staff has made presentations at several town hall meetings to explain the various options. The main three are incorporation of part of the area as a town; controlling access to sewer infrastructure; or zoning to control growth and traffic impact.
Incorporation is both time consuming and expensive, and has found little public support. Zoning is being pursued on a precinct by precinct basis, as prescribed by county ordinance. Residents of the Powdersville and Concrete precincts are currently seeking signatures on petitions asking for a referendum on zoning for those two precincts. They recently suffered a setback when they missed a deadline to hold such a referendum in February 2018. The petitioners must now meet a February deadline for the required signatures in order to hold the referendum in May 2018.
The requirement for signatures from fifteen per cent of the registered voters means that four hundred thirty signatures must be obtained by the deadline. If they are, county planning personnel will prepare the zoning maps for the referendum.