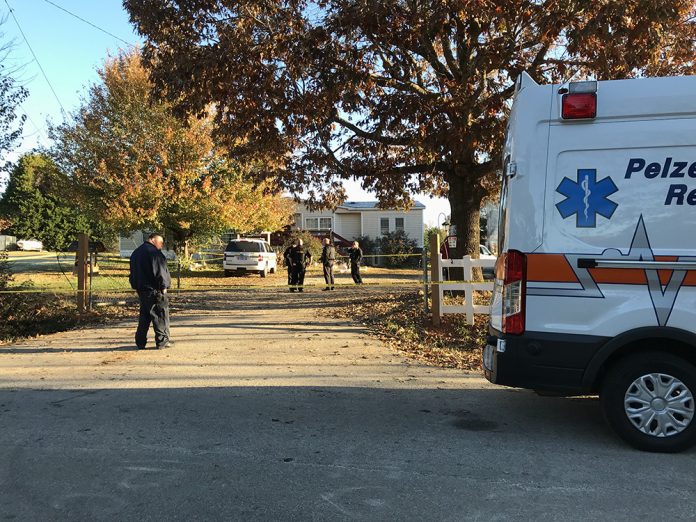 Two people were shot at a home on Lynchburg Drive in the Slabtown Community just before 7 a.m. Tuesday. According to reports one person died and another was hurt in the shooting near Liberty According to reports, deputies arrived to find two people shot at the location. Both were transported to the hospital. The Anderson County Coroner’s Office said one of the victims later died from injuries. The victim, identified as Christopher Albert Burton, 30, died of a gunshot wound to the chest, the coroner said. He passed away during surgery at Greenville Memorial Hospital at 12:37 p.m. Ryan Christopher Ballard has been arrested and charged with two counts of attempted murder. Warrants state Ballard used a Taurus 9mm pistol and fired multiple shots at the victims. Pelzer EMS transported the injured to an area hospital.  (Photo Courtesy of WSPA-TV7)