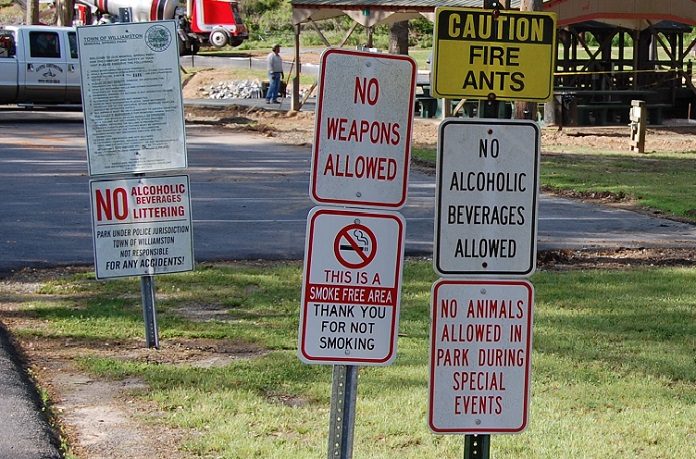 By David Meade
Williamston Town Councilman Rockey Burgess stirred up considerable media attention recently when he announced on social media that he intended to propose a town ordinance allowing concealed carry permit owners to be armed in town parks and other locations.
The issue has not officially been presented to town council, however it was discussed during a meeting of the town’s ordinance committee last week. During that meeting Burgess said that his proposal would actually bring the town ordinance into compliance with state law.
But after looking at the state law and local ordinances, Williamston Town Attorney Lee Cole said there is no existing town ordinance that prohibits the carry of concealed weapons in Mineral Spring Park or any of the town parks.
Cole also said state law establishing the concealed weapon permit prohibits carrying a firearm in a number of government locations, but municipal parks are not included. Section 23-31-510 of the state code prohibits municipal law from restricting the carry or transport of ammunition.
Cole also said that state law does restrict weapons from inside government buildings without the consent of the governing authority in charge and that weapons are not allowed at any government, council, committee related meetings or court houses.
Numerous signs that have been in Mineral Spring Park for a number of years, present a list of things that are prohibited including alcohol, smoking, littering, animals during special events and about 20 others.
One of the signs stated in large red letters, “No Weapons Allowed”.
There has been some discussion among town officials over the last year or so about removing the signs, however the signs remained until recently.
According to Cole, the signs were placed in the park by a previous administration. “A previous council apparently erected the sign with the thought that there was in fact such a prohibition on carrying weapons in the parks,” Cole said. “But there is no ordinance in effect that supports those signs.”
Mayor Mack Durham essentially defused the weapons ban issue in the park by ordering the sign’s removal.
Cole said that after reviewing the state and local laws, Burgess has also withdrawn his intention to present an ordinance when Council meets Monday, however the council will be discussing a resolution adopting rules for Mineral Spring Park.
Cole said when approved, the group of signs that have been in the park will be taken down and replaced with one sign stating all of the rules and restrictions. The sign will most likely be placed at a new kiosk next to the Mineral Spring Trail on the right as you enter the park.