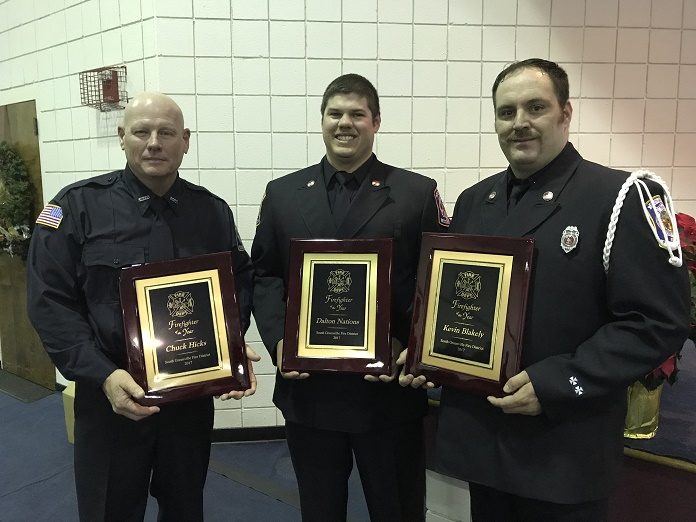 South Greenville Fire Department held their annual awards dinner Saturday night. Receiving firefighter of the year were (l-r) Chuck Hicks, Dalton Nations, and Kevin Blakey. Each one works a different shift and were nominated for the award. When it came down to select one, it came down that all three had earned and deserved the award. It was also announced that the South Greenville Fire District has received an ISO Class 2 rating. This is quite a jump from a Class 6 Chief Ken Taylor emphasized to those in attendance. Taylor thanked all the firefighters for their hard work on obtaining the new rating. (Photo by David Rogers)