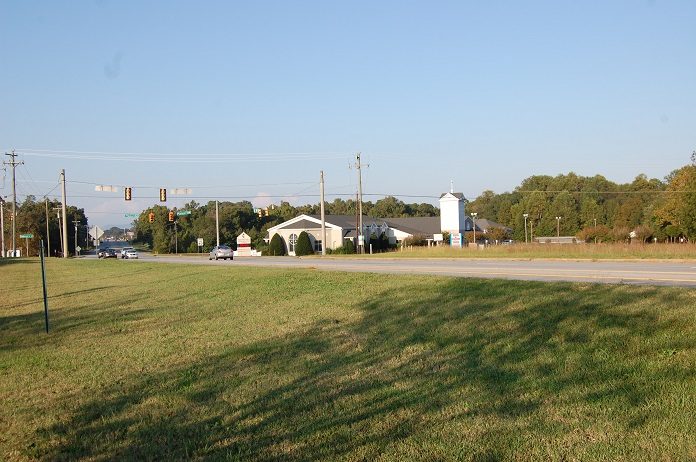 By Stan Welch
The drive towards a special referendum on zoning in the Concrete and Powdersville voting precincts is gaining momentum and will continue over the next two weekends.
Signatures will be gathered from noon till 5P.M. on the next two Sunday afternoons, at the Powdersville WalMart.
Petition organizers Bobby James and Justin Williams both expressed confidence that they will reach their target of a thousand signatures from the two precincts in time to have them verified and get the zoning referendum on the ballot in time for the special election in May. The petitions must be submitted ninety days prior to the special election.
Nine hundred signatures, or fifteen per cent of the registered voters in each precinct, are needed but the organizers realize that some signatures are always disallowed. “We are right on track for the number of names we need. We just want to have a cushion so we can absorb any losses due to the verification process. We really want to get this matter before the people as soon as possible. The longer this drags on, the longer we are without any control and the developers can essentially do whatever they like.” said Williams.
James said the results of a door to door signature effort this past weekend is cause for optimism about the coming weekends. “We had a very good response and we anticipate reaching our goal easily over the next two weekends.”
James, who serves on the Powdersville Water District’s advisory board, said that the Powdersville area needs a larger voice in the county. “According to the five year plan, there are no road improvements budgeted for our area before 2021. That makes no sense. But the county has told us that if zoning passes, a six person steering committee will be appointed, with three members from each precinct.”
“I would like to be on that committee, but at least we will have more input. And we really need that zoning so that we can put at least some control measures in place, instead of it being the Wild West, like it is now. We don’t want to stop growth, but we do need to slow it down and give it some direction.”
Williams and James also maintain the Powdersville Live facebook page, and have used it effectively to inform the public about the issues, as well as events like the WalMart petition efforts. “Whether you are for or against zoning, the facebook page presents the issues so that people can make informed decisions,” said Williams.
James agreed, saying “If the people vote zoning down, we’ve done all we can. We just want to put the question before them and let them make an informed decision.”