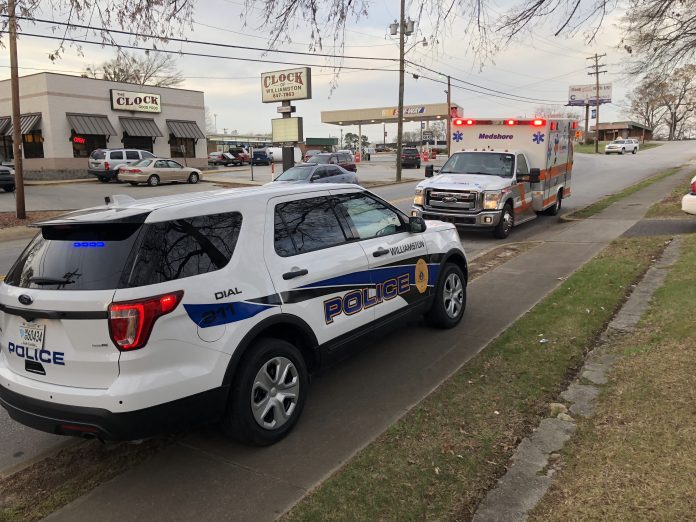 A Williamston police officer was injured while arresting a person who had outstanding warrants Wednesday evening. Officers were flagged down by an individual. After spotting the suspicious individual a fight ensued. The suspect fought the officer and attempted to take his service weapon. According to a witness it was “scary” how close the officer came to having his weapon taken. The suspect was eventually taken into custody and transported by EMS to AnMed Health. The police officer was also taken to the hospital by car. Another officer who was involved was shaken.