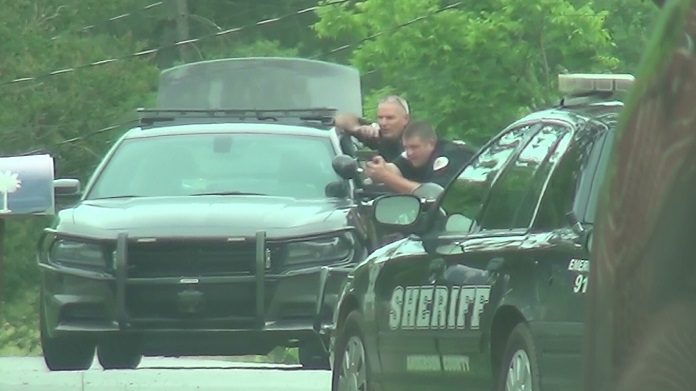 Anderson County Sheriff’s Deputies responded to a standoff in Piedmont Sunday afternoon in which a man barricaded himself inside a house on Prospect Street. Deputies used a loudspeaker to try to get the suspect out. After more than two hours deputies fired tear gas into the home. Sheriff Chad McBride says the suspect, Daniel Bennett, then came out and was taken into custody.

Bennett was taken to the Anderson County Detention Center on charges including Armed Robbery, Receiving Stolen Goods, Breaking into Auto/Tanks Where Fuel Stored and Failure to Stop for Blue Light. (Photo by David Rogers)