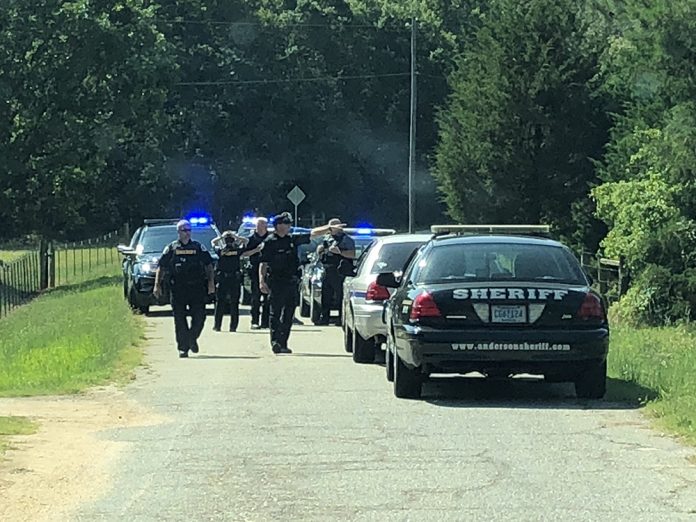 Anderson County deputies work at the scene where a chase ended Friday morning. It started on Jasper Drive outside of Belton when deputies responded to a reported domestic call. A man there got into a van and sped away reportedly striking a deputy with the van. A chase began that went through downtown Belton before ending on Old Tabernacle Road in the Cheddar community. The driver fled on foot but was captured shortly afterwards by deputies. He is facing multiple charges.