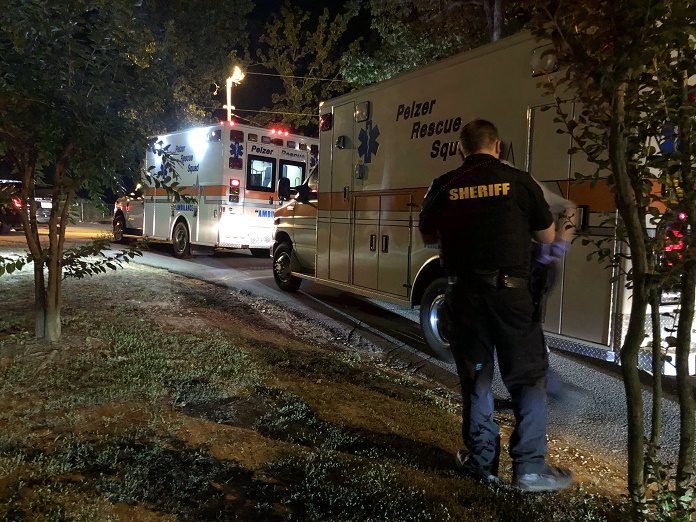 By Stan Welch
The spread of the national and statewide opioid epidemic was evident recently when West Pelzer police personnel responded to one overdose call while they were already on scene at another overdose situation.
WPPD Sgt. Scott Stoller responded to both locations. He was on scene with Pelzer Rescue Squad personnel at a location on Anderson Street in Pelzer, where he had administered a Narcan dosage to restore breathing in the white male victim when a call came in reporting a second overdose at the Pelzer Park. He also administered Narcan to that victim. Both of the overdose victims were revived and transported by EMS personnel.
Stoller is uniquely positioned to deal with such circumstances since he is a member of the LEON project training team. The LEON project resulted from the 2015 passage of the South Carolina Overdose Prevention Act. That law offers immunity from civil or criminal prosecution to doctors, nurses, pharmacists, caregivers and first responders who administer Narcan to someone suffering an opioid overdose.
As a result, a program was established to train and supply law enforcement officers across the state to carry and administer Narcan, a drug administered through a four milligram nasal dosage to help restore breathing. WPP Chief Chris Brewer explained to The Journal that the overdose ordinarily interrupts respiration, which leads to cardiac failure.
In the first year of the program one hundred law enforcement officers administered doses in live situations. Ninety one of the efforts were successful. The following year, the program had expanded to include 3200 trained officers in 31 counties.
The median age for opioid overdose victims is thirty two years old, with twenty eight being the most common age. Seventy per cent of the victims are male, and ninety eight per cent are white. In 2015, one hundred eighty eight Narcan administrations were made in Anderson county. That number rose to two hundred sixty five the next year; the last year that statistics are available for.
West Pelzer Police Chief Chris Brewer pointed out that the WPPD is highly qualified for such emergencies. Both he and Stoller are paramedics as well, while two other officers are EMTs.
Brewer said that the number of overdoses is burgeoning and probably will for some time. “I have seen a lot of overdoses, and they seem to be getting more intense. So many prescriptions are written for opioids that it seems inevitable that we will see more of these cases.”