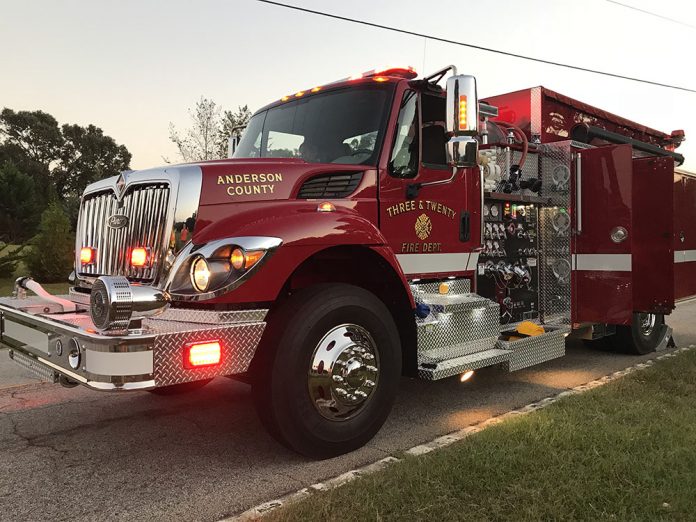 Anderson County Council, under the leadership of Chairman Tommy Dunn, continues to seek ways to increase funding for the county fire commission without necessarily increasing the commission’s millage.
The problem lies in the funding challenges faced by the county’s thirty one fire departments. The Commission, which administers the revenues generated by the current six mill levy, earlier this year sent a letter to the Council asking their support for a four mill increase. Those revenues support an annual budget of some $3.3 million.
The Council does not appoint the Fire Commission and has no oversight authority over them. The commission is appointed by the county’s legislative delegation. In response to the commission’s request for its support, the county council chose to seek an opinion from the Attorney General as to their role and or responsibility in the situation. During the interim, the issue lost momentum, and the fire commission withdrew its request for support.
Recently, however, the commission has once again begun to advocate for its case, which is a strong one. For starters, the levy has not been increased by the General Assembly since the Fire Commission was established in 1987. The Commission has been benefitting somewhat from the growth of the county’s tax base. But with more than nine hundred volunteers, making it one of the nation’s largest volunteer systems, 27 fire districts and 31 fire stations to support, funding is a constant challenge.
Members of the commission and various fire departments appeared at a county council meeting to present their case once again. IT just so happened that the county had received the AG’s opinion that very day; an opinion which established the Council’s authority in the matter. Dunn, a longtime veteran of the county firefighting system, immediately engaged the commissioners present and suggested that the various entities involved begin to talk with each other to establish the true needs of the county.
Dunn has stated his desire to involve the fire chiefs from around the county in the discussions. “We need input from the chiefs because they know better than anyone what the day to day needs are. It’s not always the big ticket items that are so hard to acquire. It’s the day to day repairs and maintenance, the need to replace turnout gear and air tanks. These so called little things add up in a hurry. The chiefs know that.”
That doesn’t mean the big ticket items don’t matter, however. Anderson county’s recent success in attracting industry and capital investment has created a demand for bigger and better (and more expensive) equipment. Two weeks ago, industry representatives, fire officials and elected officials were on hand to see two ladder trucks being considered for purchase by the Piercetown department.
Twenty years ago, Piercetown was the definition of a rural fire department. Today, it is responsible for a district that includes huge industrial sites and miles of interstate. The equipment it had back then is simply inadequate to perform its duties today. The cost of those aerial apparati, as ladder trucks are called today, ran from $900 thousand to $1.2 million. Those figures put the fire commission’s $3.3 million budget into stark perspective.
Dunn hopes to conduct a series of meetings with various fire officials over the coming weeks before formulating a plan to address the funding issues.