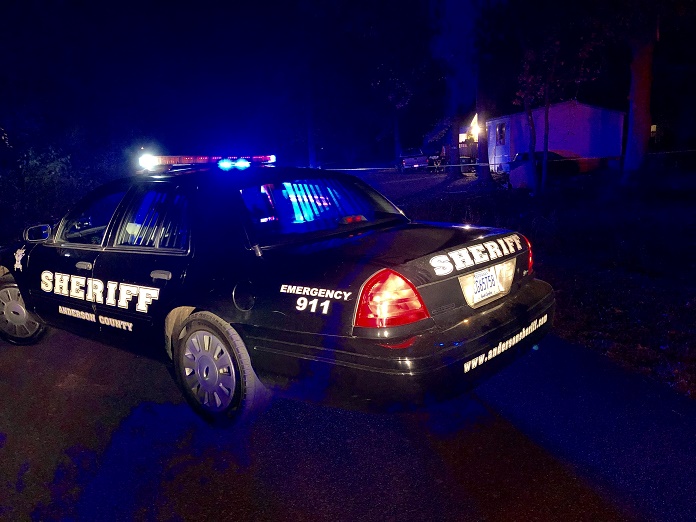 One person was flown to Greenville Memorial Hospital Thursday night after being stabbed in the head at a residence on Longview Drive near Williamston. The suspect fled on foot and a massive manhunt began in and around the south western area of Williamston. The suspect was found off Harper Street where he had taken his own life. Williamston firefighters along with Cheddar and West Pelzer established a landing zone off Academy Street where the patient was flown to the hospital by LifeFlight. (Photo by David Rogers)