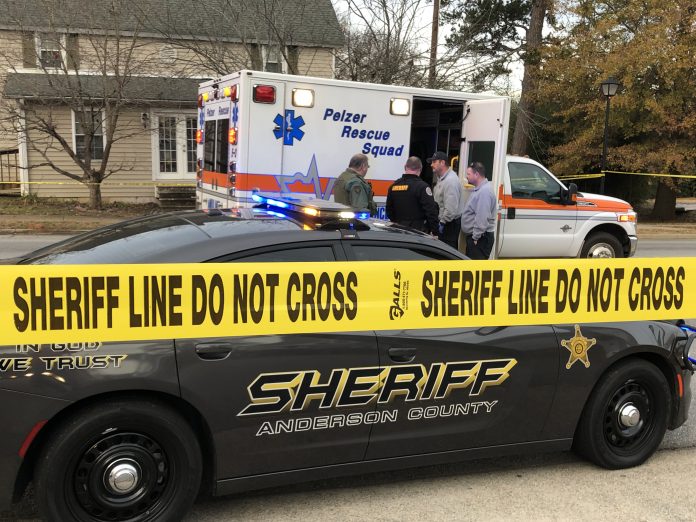 One person is in the hospital after opening fire at deputies Thursday evening. Anderson County Sheriff Chad McBride said deputies were asked to conduct a welfare check on a man after a domestic dispute was reported.
When the deputy knocked on the door, McBride said the man inside came to the door with a gun and shot at the deputy. The deputy returned fire and struck the man, who McBride said backed into the house and continued to fire. The deputy was able to take cover and was not injured.
More deputies arrived and the suspect surrendered his weapon, but the man began fighting deputies once he was unarmed, according to McBride.
The man was eventually taken into custody and transported to the hospital for treatment. The deputy was not hurt but McBride said he is a “little shaken up.”
SLED is investigating the shooting.