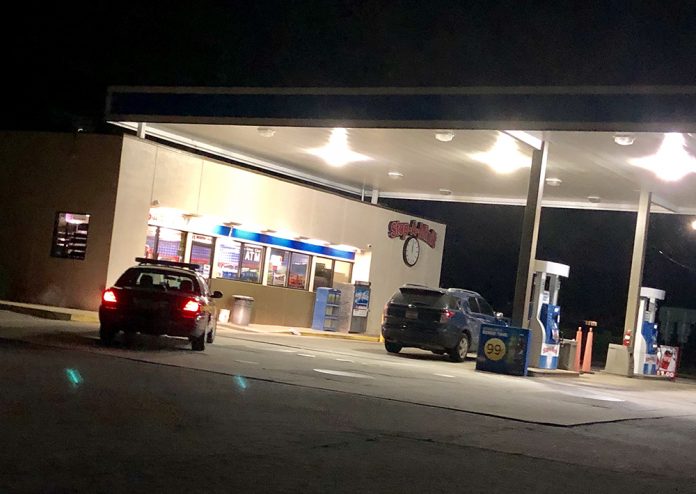 Greenville County deputies investigate an armed robbery at the Stop A Minit Friday night at the intersection of Highways 20 and 86 in Piedmont. Two armed men entered the store and fired at least one shot. The duo made off with an undisclosed amount of money. One of the suspects was wearing a “Scream” mask. (Photo by David Rogers) The incident happened at approximately 11:15 pm. Deputies with the Greenville County Sheriff’s Office responded to an armed robbery at the Stop-A-Minit convenience store, located at 1 S. Piedmont Hwy.
The two suspects entered the store, armed with firearms and demanded money. During the robbery at least one of the suspect’s fired a shot but did not strike anyone inside.
The suspect descriptions are as follows: Suspect 1: Male, 5’10”, thin build, all black clothing with a Scream mask; Suspect 2: Male, teal/green colored sweatshirt

No injuries were reported and deputies ask for anyone with information to call Crime Stoppers of Greenville at 23-CRIME.