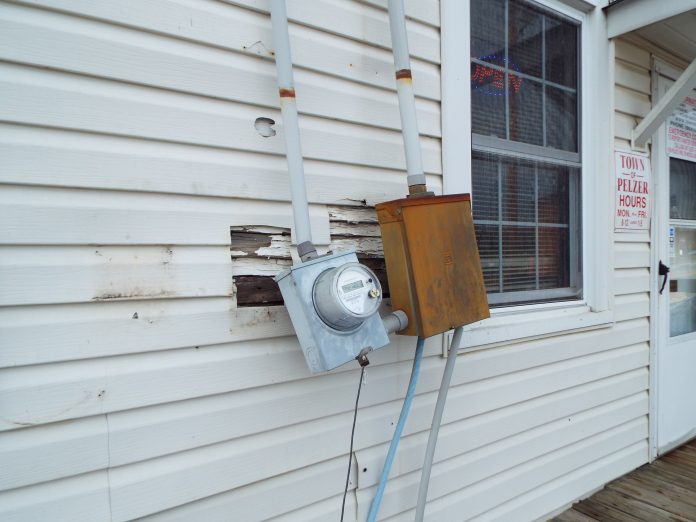 The results of a shooting in Pelzer last week caused several unexpected problems for the town of Pelzer. During the investigation, a section of Hwy. 8 (Lebby St.) was closed to traffic and vehicles, including eighteen wheelers, and vehicles were detoured around the scene and onto smaller streets. The breaker box, power meter and power lines to Pelzer Town Hall were damaged due to one truck hitting the power line. Louise Boyce of Burts Street also had a power meter and electrical wires torn from a house. Grass in front of Pelzer Baptist Church had damage by vehicles having to go off the road to get around each other. (Photos by Eddie Waits) Trucks meet on Pelzer streets – Two eighteen wheel semi trucks meet each other on Reed and Wardlaw streets in Pelzer.  Traffic was detoured around the shooting scene throughout the night until the next morning.  Bottom photo – Anderson County Sheriff Chad McBride during a news conference about the shooting incident. (Photos by Eddie Waits)