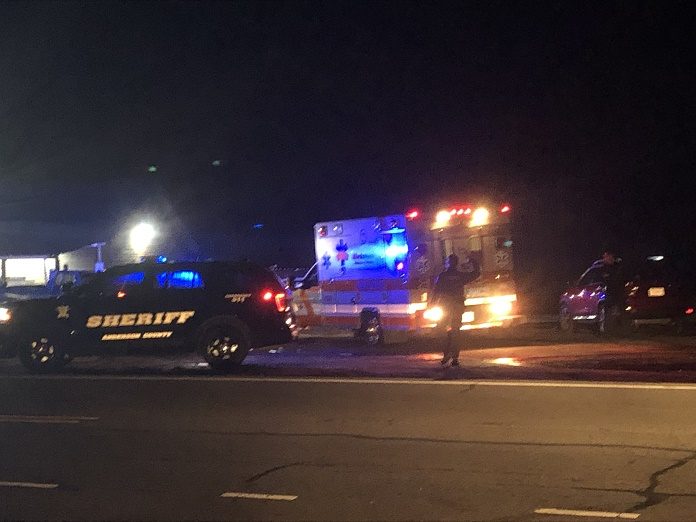 Anderson County deputies along with Medshore Ambulance Service work at the scene after a stabbing incident Saturday near Williamston. According to Anderson County Sheriff Chad McBride the stabbing was domestic related and a father was taken into custody after his son was stabbed. It is unknown if any charges have been filed. Emergency personnel responded to a convenience store on Beaverdam Road where the victim was. The victim was taken to an area hospital.