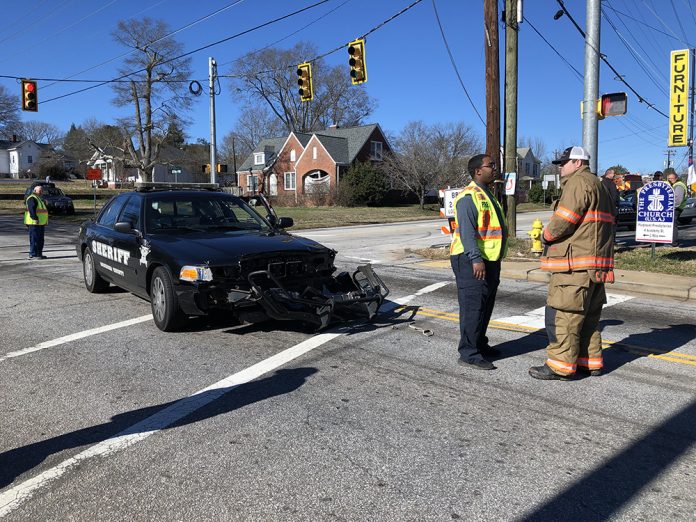 The deputy was assisting in the pursuit of an unidentified suspect in an overnight carjacking from Anderson County into Greenville County and tried to intervene. He was attempting to travel through the intersection of Hwy. 20 and Hwy. 86 near Piedmont when his vehicle was struck by another motorist, according to Sgt. J.T. Foster of the Anderson County Sheriff’s Office. Foster said the deputy’s patrol car was “T-boned” in the front of the vehicle. South Carolina Highway Patrol responded to the accident. There were no injuries reported. (Photo by David Rogers)