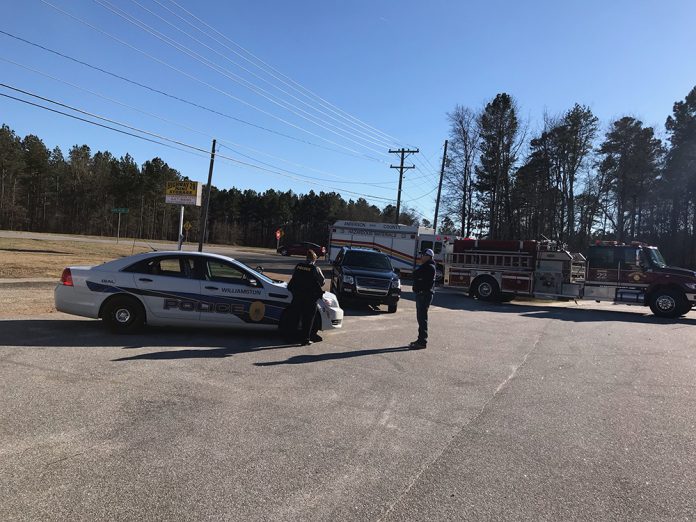 A Williamston Police officer was taken to the hospital by Medshore Ambulance Service after giving himself NARCAN, soon after falling ill while taking a suspect to jail Saturday afternoon.  According to Williamston Police Chief Tony Taylor, two officers had gone to a residence to serve an arrest warrant for operating a drug house. One officer was transporting the suspect when he became ill and pulled over the vehicle at a shopping center on US-29 at George Wilson Road., according to Chief Taylor. Taylor says the officer administered NARCAN to himself and called for EMS. Hazmat crews and Whitefield firefighters were also called to the scene to decontaminate the other officers and the suspect as a precaution. Chief Taylor says the officer was treated and released from the hospital.  There’s no word yet on what caused the officer to become ill and Taylor says they don’t know if there was any fentanyl involved.