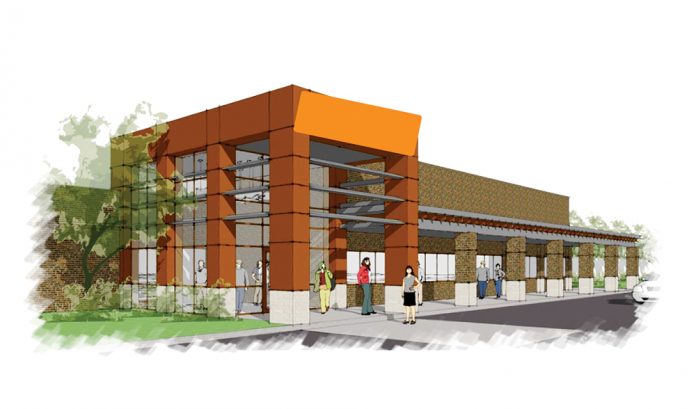 The Anderson School District One Board of Trustees approved a resolution Tuesday evening authorizing a $109 million bond referendum to fund a new building program that will include construction of two new middle schools, classroom additions for schools that are at or over capacity, critical renovations at schools that need them and improve safety at all fourteen District schools. Total cost for the building program is estimated at $132 million. In addition to the bond debt, additional funding for the program will include $20 million over the next five years from the Local Option Sales Tax and $3 million already set aside from the General Fund.
The bond referendum will be held on April 30 of this year.
Anderson School District One Superintendent Robbie Binnicker said, “We are really excited about the possibilities this building program provides for the students in Anderson District One. Every student in the district will be positively affected by this building program.”

The District began its facility study eighteen months ago with an evaluation of each building in the district by members of a construction management firm along with district and building administration and maintenance staff. Among items considered were the age of the buildings, the function of mechanical, HVAC, plumbing, electrical, roof and other systems.
District officials also evaluated current and future enrollment compared to current building capacities.
Building two new middle schools, at an estimated cost of $89 million, will be the bulk of the expense of the new program.
Palmetto Middle was built in 1952 and Wren Middle in 1956. At over 60 years old, the buildings have surpassed their life expectancy and will require major improvements to electrical, mechanical/HVAC, plumbing, sewer, roofing and other infrastructure.
“The cost to renovate these buildings is about the same as building new,” Binnicker said. The District plans to replace the current buildings in phases, using the same sites, and using current facilities while construction is ongoing. Each school has a wing that was built approximately ten years ago that will be incorporated into the new buildings, Binnicker said. Saving the wings and building on the current property saved the district considerable funds.

Estimated cost for the additions is $21.3 million.
Replacing or repairing aging HVAC and roofs is estimated at $11 million.
Renovations at Palmetto High, Wren High and Adult Education are estimated at $5 million.
Safety and security including more secure vestibules, updated or replaced cameras and access doors is estimated at $5.7 million. Currently all of the District’s schools have control access doors on the front of the building and some have vestibules which force visitors to also enter the front office of the school. However nine schools do not have the vestibule entrance, allowing a visitor who is buzzed in to have access to halls and corridors without having to enter through an office. The building program eliminates that problem, Binnicker said.
At Palmetto High, the main office will be re-located to the front of the building at the main entrance to allow for vestibule entrance, Binnicker said. (Photo of front entrance above)
The District has already been holding stakeholder meetings to begin to inform the community of the ambitious building program. Three big ones have already been held in the Palmetto, Wren and Powdersville area, according to Binnicker. Binnicker has also spoken to around ten smaller groups.
Additional public meetings are planned for the community to hear about the building program and ask questions in the near future.
Binnicker said meetings are planned throughout the District beginning in March and will be announced soon.

District One preparing for replacement of two new middle schools 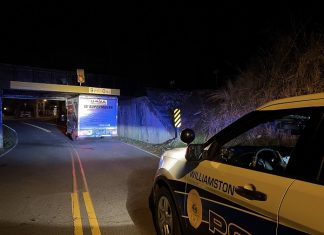