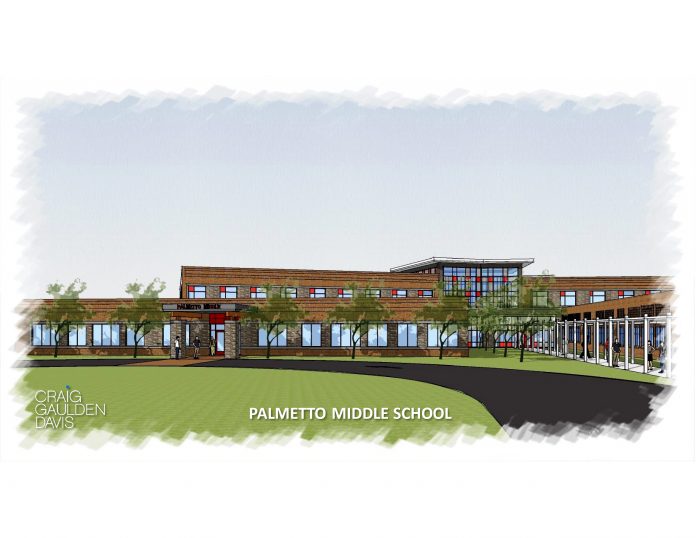 Anderson School District One has announced three community meetings scheduled for the public to find out more about the proposed building program and bond referendum vote on April 30 to fund it. The first will be held at Palmetto Middle School on Thursday, March 7 from 6 p.m. to 7:30 p.m. The following week, on March 14 from 6 p.m. to 7:30 p.m. will be at Powdersville Middle School and April 9 from 6 p.m. to 7:30 p.m. at Wren High.
District One Superintendent Robbie Binnicker said the presentation will last about an hour and will be followed by a question and answer session. Those attending at Palmetto Middle and Wren High will have the opportunity to tour the aging Palmetto Middle and Wren Middle School buildings which are scheduled to be replaced.
Binnicker said anyone who has questions or needs information regarding the building program or the bond referendum can find out more at one of the community meetings. “We want the community to be knowledgeable and understand the bond referendum. These community meetings will be a great opportunity to ask questions and get information,” he said.
The District One Board of Trustees recently authorized a $109 million bond referendum to fund a new building program that will include construction of two new middle schools, classroom additions for schools that are at or over capacity, critical renovations at schools that need them and improve safety at all fourteen District schools. Total cost for the building program is estimated at $132 million. In addition to the bond debt, additional funding for the program will include $20 million over the next five years from the Local Option Sales Tax and $3 million already set aside from the District One General Fund.
The bond referendum will be held on April 30 of this year.
Information on the building program is also posted on the District’s website and a building program website at www.anderson1buildingproject.com.
Information includes the District presentation, an informational video, information statistics, architectural drawings of the two new middle schools and a question and answer section.