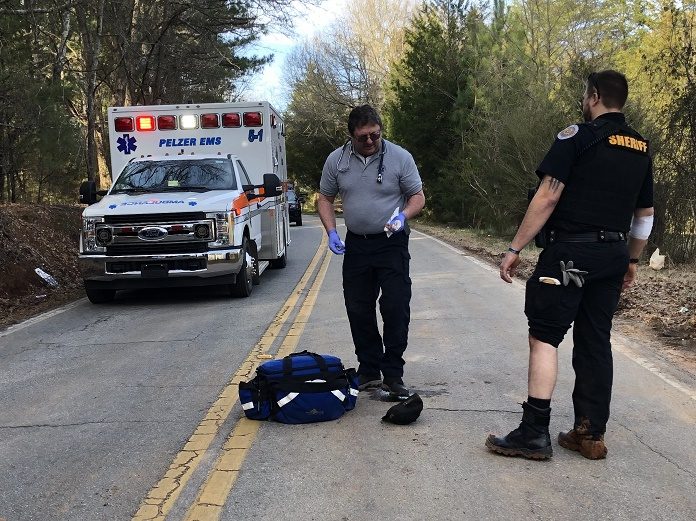 Paramedic Don Clardy of Pelzer EMS assists an Anderson County Deputy after he suffered minor injuries following a pursuit. The deputy attempted to stop a vehicle but the driver drove away. As the driver drove down Old River Road he had to stop because the road was closed and construction equipment was in the roadway. The driver then fled on foot. After a short foot chase the driver was apprehended. The suspect was transported to the hospital after collapsing.