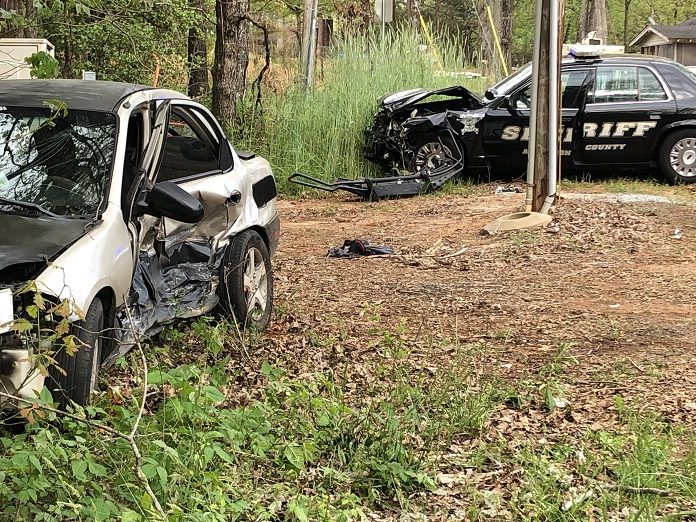 An Anderson County deputy saw a car pull out of a gas station on Hwy 153 in a reckless manner and almost strike 2 cars Saturday afternoon. The deputy attempted to stop the car. The driver sped away. The chase went into Pickens County and back into Anderson County. As the chase started back into Pickens county the chase WAS TERMINATED. The fleeing car kept going at a high rate of speed. The driver allegedly sped through a stop sign at Old Easley Bridge Road and Turner Hill Road where he was struck broadside by a deputy that was on routine patrol. The deputy was taken to AnMed Health with minor injuries and the two occupants in the car were taken to Greenville Memorial Hospital. (Photo by David Rogers)