Investigators with the Greenville County Sheriff’s Office investigated a shooting that occurred at 1000 Anderson Road on Saturday. According to reports, Deputies were called just before 1pm after learning an adult male had suffered a gunshot wound, believed to be non-life threatening.  Investigators learned that the shooting stemmed from a verbal altercation between two roommates. The gunshot victim, Daniel Sanchez-Altamirano, 43, was transported to the hospital for treatment. No charges have been made, however investigators have detained the shooter.
Sanchez-Altamirano (gunshot victim) was charged Monday with Assault & Battery 1st degree after Investigators learned that he initiated the altercation by throwing multiple large kitchen knives at the victim, who subsequently acted in self-defense by firing his gun at Sanchez-Altamirano. The victim did not suffer any injuries and Sanchez-Altamirano was released from the hospital after being treated for a non-life threatening leg injury. He is currently in the Greenville County Detention Center on a $15,000 bond. 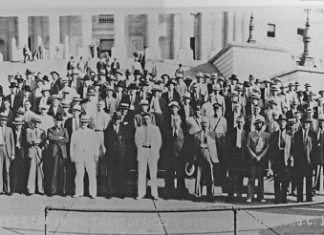 Journal - May 19, 2022 0
Did you know that the first the first Chief of the SC Law Enforcement Division (SLED) was a Police Chief from Pelzer? Following the repeal...