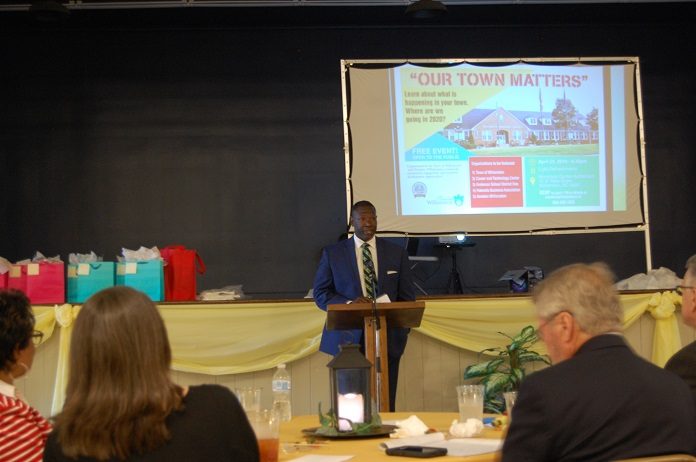 Williamston Town Councilman and Mayor Pro Tem Tony Hagood was one of the speakers at the “Our Town Matters” presentation held at the Williamston Municipal Center last Thursday (Apr. 25). Hagood spoke for the town and said Williamston plans to continue to enhance facilities as they have done with the Auditorium and Park, “to bring together families and residents that make us the great town we are.” Other speakers included
Anderson School District One Superintendent Robbie Binnicker, who spoke about the District One Building Program and upcoming Bond Referendum; Career and Technology Center Director Hollie Harrell, who spoke on the programs and growth at the center; Palmetto Business Association President Roxanne Hall, who spoke about the actions and efforts put forth by members.

Developer Richard Greer, spoke about the planned “Saluda Falls” developments in Piedmont, Pelzer and near Williamston along the Saluda River. SC House District 9 Representative Anne Thayer was Mistress of Ceremonies.

Approximately 100 people attended to hear about accomplishments and plans the various entities are bringing to the area.