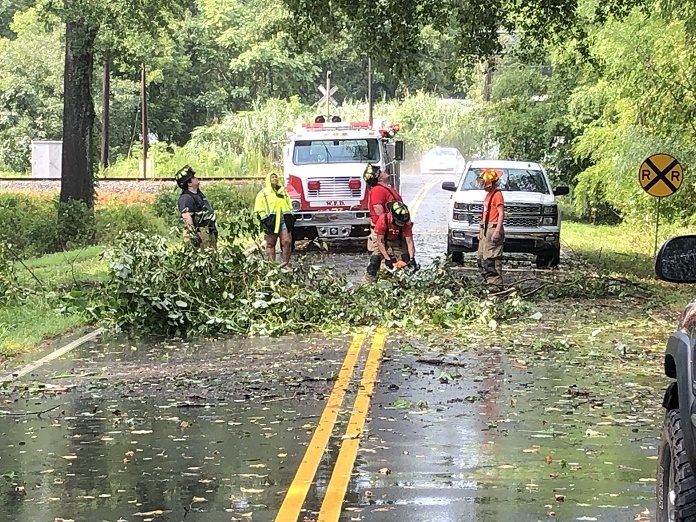 A severe thunderstorm downed multiple trees, limbs, and power lines in Williamston Thursday afternoon. The storm hit just before five. At least thirteen trees were reported down. Many roads were blocked and some homes had trees on them.There were no injuries. Williamston firefighters along with town workers cleared the streets. (Photo by David Rogers)