During their meeting Tuesday, Pelzer Town Council discussed a variety of issues with citizens, approved a resolution to accept a $5000 PARD grant and to allocate $500 to the West Pelzer Fire Department for AED equipment. They also approved a resolution certifying that the Pelzer Mill properties were once the site of textile manufacturing.
Citizens comments took up about 45 minutes of the hour and a half meeting with questions about cutting grass, street markers and road right of ways, an specified legal issue, and overgrowth at the former mill properties.
Councilmember Olene Bear was asked why she was resigning. She responded that she was elected for the first two year term and planned to served for two more years. “It is time to give it up and let somebody else” work to improve Pelzer, she said. “You will be seeing me here unlike some of the others who said they would be here after the election. I will work for Pelzer anyway I can.”
Bill Davis updated council on several recreation projects including accepting bids for work on the ball field concession stand. Davis said he has talked with a person willing to do the work at no charge to the town. According to Davis the person will charge $2700 for the work and materials and “will donate it back to the recreation department.”
Council decided to hold a workshop to discuss the bid process and the offer. Davis also brought up the need to replace some lighting and a belt for a large fan in the gym.
Councilman Eddie Waits said “We need to do something about the lights. One or two doesn’t make a difference, but it is not a good experience right now.
Waits said he would like to see some of the lights replaced now and see if they can get a grant to do more “down the road.”
Davis was asked to meet with Town Clerk Cheryl Beaudreau and fill out a work order for replacing the lights.
There was considerable discussion about cutting grass, road markers and who is responsible for grass along the roadway.
Councilman Waits said they “do need to find out the town’s role regarding strips and rights of way.”
Mayor Pro-Tem Mike Matthews, filling in for Mayor Roger Scott, said the town is hiring a part-time person to help cut the grass.
During the business portion of the meeting, Council approved a resolution to accept a PARD grant coming through the county and the county legislative delegation. The $5000 grant will be used at the Community Building. The town clerk suggested buying a stove and refrigerator. Councilwoman Bear said the floors need to be redone.
Councilman Matthews reported that Duke Energy will be trimming trees along Hwy. 20 and Hwy. 8 and other places in Pelzer through December.
He also announced that road paving projects on six streets will start after Labor Day.
Lyman Street, Adger Street, Allen Street, Goodrich Street, Parker Street, and Hampton Street are all slated for significant repairs and paving. The total of those projects is just under three miles, with 15,390 feet.
Council appropriated $500 to help the West Pelzer Fire Department purchase AED equipment.
Councilman Waits said the town should look into getting a time clock for employees paid by the hour. He said the use of time cards will make sure the employee is not shorted and also keep up with hours. The town clerk is to check on prices.
It was announced that the final Master Plan presentation will be made to all residents on September 10 at 6 p.m. prior to the regular council meeting at 7 p.m. (See story on Master Plan this issue)
Developer Richard Greer asked council to approve a resolution to certify that the Pelzer Mill properties (Manufacturing Plants 1, 2, and 3, located on Lebby Street and mill #4 on Anderson St. qualify for the SC Textile Community Revitalization Act. The designation allows certain tax benefits on the property if or when it is developed. The certification states that the properties are the site of a textile mill abandoned for at least five years.
Greer also addressed the overgrowth on the properties. He said that there are still debris piles that contain asbestos that make bush hogging the property difficult. He said there are bids to finish cleaning up the property and that site work can begin by September. The debris will be placed in a low area and covered with dirt and grass, he said.
“That should solve the grass problem when we do that,” he said. “The old landfill dump project had to be completed first. That has been done now.” He said more cleanup work should begin on the lower mill property in September.
The properties are owned by the Pelzer Heritage Commission, and Greer, through his State Investors development corporation, is working to develop the properties. Many of the suggested plans for those properties and other parts of the town are being looked at as part of the Master Plan process the town is currently undergoing.
The resolution was approved 4-0.
The next meeting of council will be September 10 at 7 p.m. The Master Plan presentation will be held prior to the meeting beginning at 6 p.m. 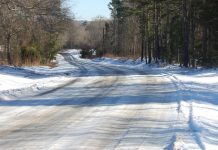