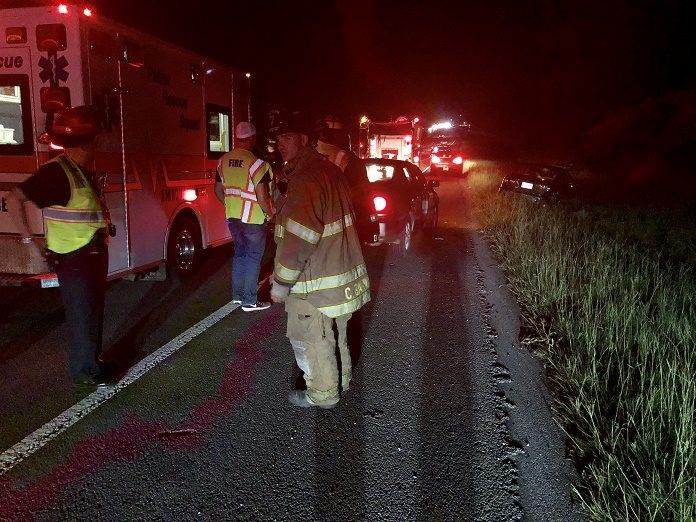 One person was injured in a two vehicle wreck Wednesday night on I-85 near River Road. Pelzer EMS transported the injured to an area hospital. Powdersville firefighters and state troopers also responded to the wreck. Traffic was not affected by the wreck as both cars were off the roadway. (Photo by David Rogers)