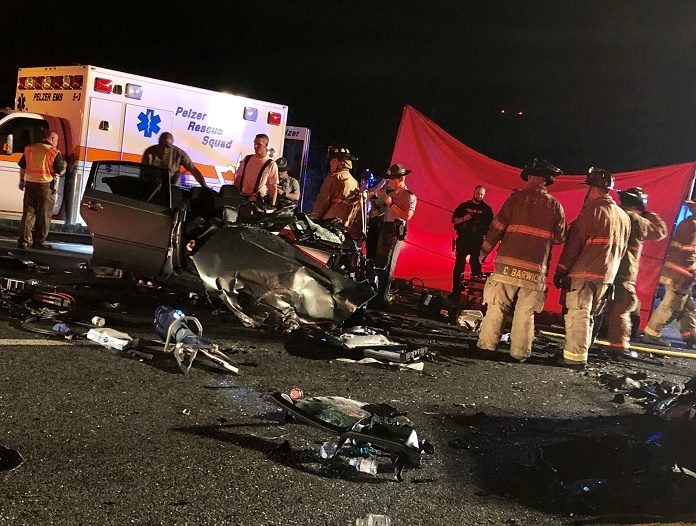 Two people were killed early Monday morning in a wrong way driver wreck on I-85 south between Highway 86 and Highway 29. Wren, Powdersville, and Three and Twenty firefighters along with Pelzer EMS and Medshore Ambulance Service responded. A Chrysler traveling north in the southbound lane collided with a VW headed south. Two passengers in the VW died at the scene. Firefighters had to cut all but one person out of the vehicles. At least one of the injured was flown to the hospital. The interstate was closed for several hours southbound. (Photo by David Rogers)