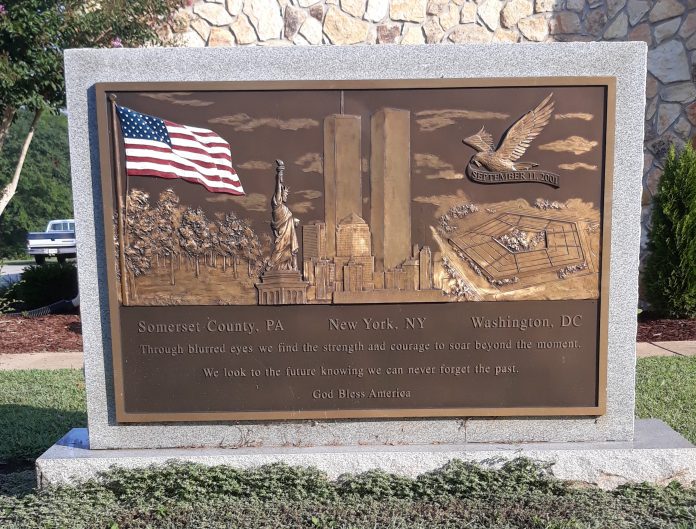 It has been 18 years since terrorists hijacked four planes and crashed two of them into the World Trade Center in New York,, another into the Pentagon in Washington DC and another in a field in Pennsylvania which crashed after an attempt by the passengers and crew to regain control. A 9/11 memorial located at the Williamston Fire Department commemorates the September 11, 2001 attacks, which killed 2,996 people at the World Trade Center, 44 people in Somerset County, Pennsylvania and 184 who died in the building at the Pentagon in Arlington County, Virginia. The bronze and granite plaque on the Williamston memorial reminds us all of the 2001 terrorist attacks.