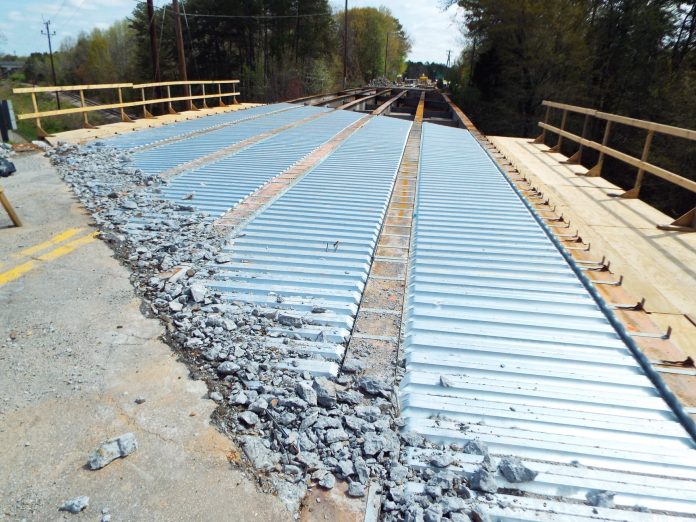 The South Carolina Department of Transportation (SCDOT) announced this week that a contractor has been retained to complete work on the SC Hwy. 20 bridge deck replacement project over the Norfolk Southern and CSX railroads in Greenville County.
According to SCDOT, a contractor has been retained by the bonding company to complete the work on the project and they are currently preparing the required documentation and insurance for permission to work over each of the railroads.
Construction work is expected to restart in November 2019 and the road to be reopened to traffic by the end of April 2020.

Piedmont Public Service District Commission Chairman Ed Poore said he has been on contact with SCDOT and other politicians about the project. Poore estimates that as many as 1,000 vehicles per day are having to make the detour as they commute to Greenville for jobs and other reasons. The roads being used for the detour are “not all that great” he said.

For specific concerns, the public can contact Resident Construction Engineer Jack Valetti at (864) 239-6091.
“SCDOT thanks the public for its patience and apologizes for any inconvenience during this project,” Valetti said.