Home Anderson County Plans announced for development of Dolly Cooper Park
Share on Facebook
Tweet on Twitter
By Stan Welch
A hundred and fifty citizens crammed into the Powdersville firehouse Monday night to hear the county’s latest plans for the long delayed development of Dolly Cooper Park.
District Six County Councilman Jimmy Davis, State Representative West Cox and State Senator Richard Cash were all on hand to show their commitment to the park, and their support for the county’s efforts. Davis emphasized the importance of the property’s history and its role in the Powdersville area. He also pointed out that the county has invested $2.1 million in purchasing and developing the property so far. “I know there is a lot of resentment over how slowly this park has been developed. We don’t need to go over all that again. I’m interested in moving forward from right now.”
He then reported on plans that are in the works. He cited $350,000, $205,000 of which was obtained from the water recreation funds provided by the state. The remaining $145,000 came from the county accommodations tax revenues. Davis said the money would be used to make the existing kayak launch at the park American Disabilities Act (ADA) compliant, as well as creating a 1500 foot paved walking trail. “We also hope to put in a smaller kayak takeout site, so people who don’t want to go nine miles to Piedmont can still enjoy the river. That will greatly increase the usefulness of the park.”
He also mentioned that PLAY, the organized Powdersville recreational organization, has made it plain that they want to see a legitimate baseball field at the park. That ballfield would be included in a master plan for the park that Davis referred to. Planning consultant Blake Sanders will be assisting the county staff in developing that plan.
That led to the subject of funding source. Davis cited two salient facts: the existence of Act 388 which greatly reduced some property taxes, and the fact that school districts consume close to seventy per cent of the ad valorem taxes collected, leaving county government only thirty per cent to run on. Rep. West then explained that there are four main sources of funding: Parks and Recreational Development  (PARD) grants; DNR Water recreation funds; state budgeted funds, and other grants.  “There are conditions and requirements for the grants, and the water funds can only be used in funding recreational opportunities connected to the state’s waterways. Budgeted funds are highly competed for, and Senator Cash and I only have one vote apiece.”
Cash then explained that bringing the ballfield into ADA compliance, and up to acceptable standards would cost about $130,000.”That is roughly the amount that we receive in PARD grants each year.”
Davis also pointed out that other counties use their hospitality tax, which is two per cent on all hot or prepared foods sold in the county to fund recreational projects. “Last year, when we put a hospitality tax proposal for the unincorporated areas of the county on the ballot, the Powdersville and Concrete precincts voted against it by 69%. That can’t be introduced for three more years so it is not an option right now.”
Davis plans additional meetings on the issue. 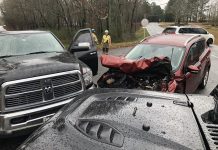 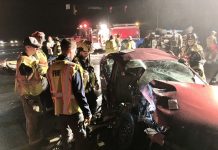