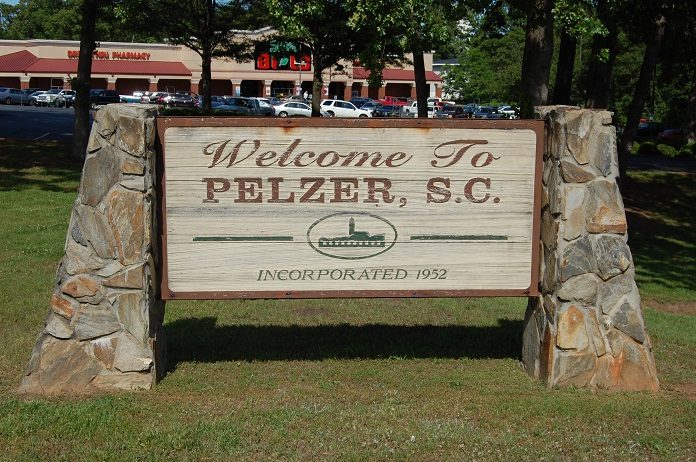 By Stan Welch
Long-lived reports of a planned brewery and possible retail site at the lower mill location in Pelzer gained some traction this week, as developers and public officials  met to determine the best way to implement the infrastructure needed to make those plans a reality.
State Senator Mike Gambrell, Pelzer Town Clerk Cheryl Boudreau, Chris Paulson, of the Saluda River Brewery and Richard Greer, who has been involved in the development plans for the mill sites since their inception, were all on hand; as well as representatives of ReWa.
The issues of water and sewer at the proposed site have historic origins. Most of the water used in the mill operations was drawn directly from the Saluda River. It was essentially free and not potable. When the mills closed, their former facilities were naturally disconnected from the town’s infrastructure, such as it was.
But now, with a proposed brewery looking at the site, clean potable water  and sewer is essential. The lower mill site, along the banks of the Saluda River is very attractive to  developers. Current plans include retail sites as well as a venue for concerts and other performances. In addition to the infrastructure issues, there is a need for cooperation from the SCDOT to create easier access to the site from Highway 8. Currently, the only access is Murray Street, a short cross street that goes over the railroad tracks of the Greenville and Western Railroad.
Cheryl Boudreau, town clerk for Pelzer, says the brewery, and any affiliated businesses, are desperately needed by the town, which is unable to impose property taxes due to a quirk in state law.  Almost a hundred towns across the state face the same restriction. “We need to get down to business and make this situation happen,” said Boudreau. “Our hope is that Senator Gambrell can help us to reach an agreement with DOT. ReWa has also been very attentive to the situation. We are exploring the various sources of funding, grants and such, that might be available. Luckily, the distance between existing infrastructure and the lower mill site is fairly close. This isn’t a precise number but I believe maybe a hundred feet or so of line is needed.”
Richard Greer, of Upstate Investors LLC has been offering his planning expertise to the town for two years or more. He foresees a good outcome.
“Ms. Boudreau did a very good job of bringing the involved players together,” Greer said. “ReWa has been very helpful. Sen. Gambrell is engaged and aware of their need for this to happen. Mr. Paulson is, of course, engaged and appreciative of the cooperation to solve this issue. The site is perfect for the Saluda River Brewery’s plans, and the facility will be an enormous boost for the local economy. This is a critical juncture for the town of Pelzer, a real crossroads to the town’s future.”