Home Anderson County County, SCDHEC officials to discuss Kinder Morgan fuel spill
Facebook
Twitter
Pinterest
WhatsApp
UPDATE – County Announces Town Hall Meeting for County Council District 7 To Be Held at Cedar Grove Elementary on Tuesday, February 11th at 6:30 p.m.
County, SCDHEC officials meet
By Stan Welch
County and SCDHEC officials met on Monday, February 3 about the continuing cleanup and consequences of a fuel spill that occurred more than five years ago at the Kinder Morgan fuel facility in Cheddar. The meeting is in preparation of a public meeting on the same topic to be held at Cedar Grove School on February 11.
A lawsuit against Kinder Morgan concerning a 2014 oil spill near the Belton tank farm facility was revived in 2018 when the  4th U.S. Circuit Court of Appeals reversed a ruling by a District Court judge the previous year.
Senior District Court Judge Henry Herlong’s decision to dismiss a suit filed by two environmental organizations was reversed by a 2-1 vote of the three judge Court of Appeals. The suit, filed by Upstate Forever and the Savannah Riverkeeper charged that Kinder Morgan was responsible for the spill of approximately 370,000 gallons of fuel into two creeks in the Belton area, fuel which they claim eventually reached Broadway Lake, Lake Secession, Lake Russell and eventually the Savannah River.
The leak, which resulted from a failed patch on the underground pipeline, went undiscovered until the fuel became visible above ground, where it was discovered by local residents.
A state supervised cleanup effort has been underway for several months, and is expected to continue for a number of years. Silt fencing, retention wells and oil booms have been employed in an effort to contain and capture the remaining fuel.
District Seven Councilwoman Cindy Wilson, an advocate for the affected community since the spill was discovered, is not impressed with that effort. “The folks at DHEC have been quite a disappointment. After five years, the situation, in many ways, is worse, not better. The spill is migrating across the road into two new waterways. Efforts at capturing the spill at Broadway Lake are not working. DHEC has shown a disturbing lack of stewardship in some cases.”
At the public meeting on the 11th Frank Holleman, the lead attorney for the Southern Environmental Law Center (SLEC), will be on hand. The new manager of the Anderson Regional Landfill will also be introduced to the community. SCDHEC officials will be on hand to present the latest information on the cleanup efforts. That meeting is scheduled for 6:30 p.m. on Tuesday evening. 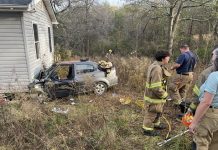 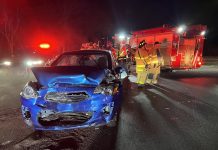