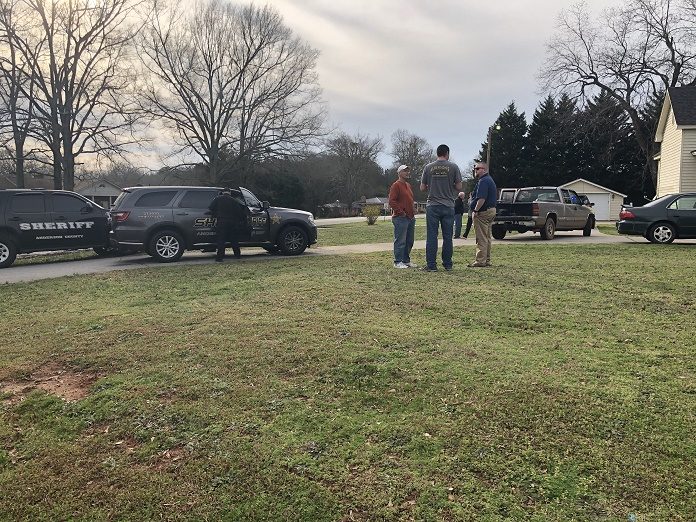 Anderson County Sheriff’s Deputies work at the scene where a stolen truck was recovered Tuesday afternoon. It was stolen in Cheddar Sunday morning. A deputy on patrol spotted the truck and watched it pull into a driveway. The driver eventually ran on foot and was later found hiding in another vehicle by the sheriffs office K9. He was arrested. (Photo by David Rogers)