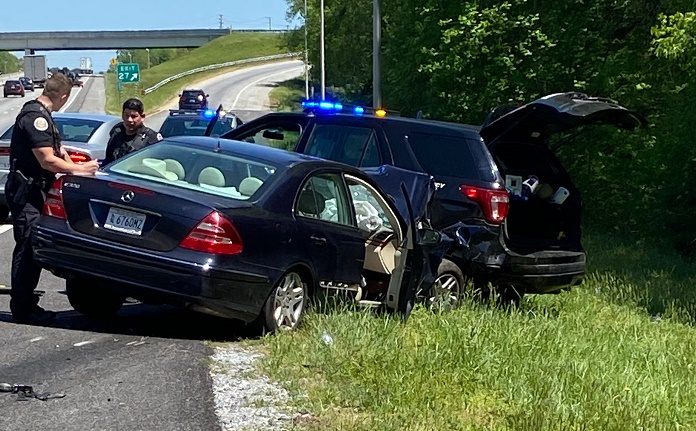 A chase involving two teens in a stolen car ended Saturday afternoon at I-85 and Highway 81 in the Piercetown community. Earlier deputies were called to a gas station at Exit 4 off of I-85 regarding a stolen car.

Two teen suspects stole the vehicle and went on a reckless driving spree. Deputies were able to locate the vehicle and attempted to conduct a traffic stop. The suspects failed to stop for law enforcement and a pursuit ensued.

The suspects fled onto I-85 where they were subsequently taken into custody after striking a deputy’s vehicle. Several charges are pending and there were no injuries during this incident.